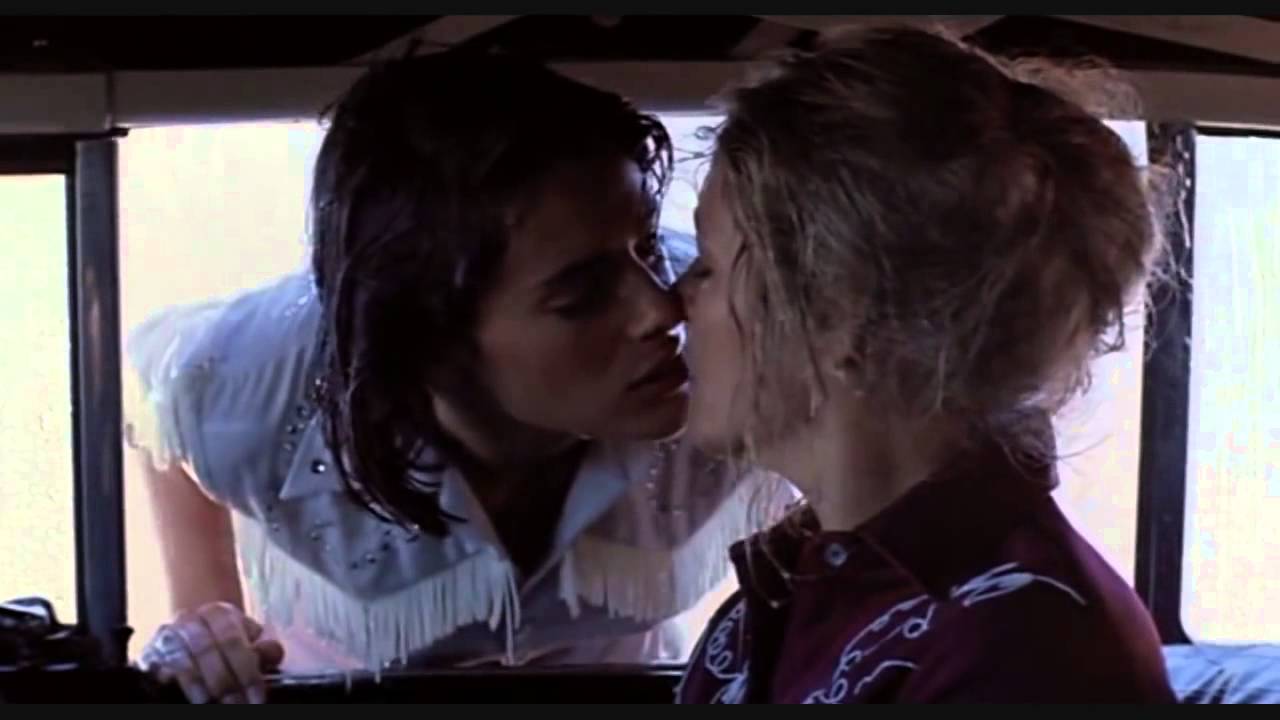 I remember when I saw Blue is the Warmest Color about three years ago; the bitter taste it left in me had nothing to do with the nature of the sex scenes, or about the guy waxing poetic about female orgasm in a room full of queer women. After all, it was the first movie solely about lesbians I ever saw after already having questioned my sexuality for a couple of years.

What felt the worst when I left the theatre, was that feeling of incompleteness, of having been let down: why wasn’t the scenario all dreamy, cliché and ideal? Why did Adèle cheat on Emma with a guy and they had to break up, drowning their sorrow in more spaghetti Bolognese?

I didn’t know why I felt that specific need; after all real life generally isn’t dreamy, cliché and ideal. That of course, until I knew: this movie, being the only lesbian movie I had seen up to that point, made up the 100% of lesbian representation I had in my life.

I know that this is no sufficient statistic sample to rely upon, but it still was, and it was trying to tell me one thing: as a queer woman you’ll never have a happy ending.

The following year I watched a dozen more of movies featuring queer women. The statistic sample broadened, and the result remained similar: most queer women in movies either end up with a guy, die, commit suicide or murder – and break up somewhere along the process. Whenever I wanted to discuss and criticize that –specifically for Blue is the Warmest Color and for this year’s Orange is the New Black episode-that-must-not-be-named-and-the-existence-of-which-I-still-refuse-to-acknowledge – people told me that they didn’t find that to be a problem: it was realistic. People break up in real life.

People die in real life. Lesbians and bi women are people, so naturally they break up, they die, and their stories have bad endings.

The thing is that, always statistically speaking, the endings for straight – and obviously cis – people in mainstream films and TV series are not always that realistic. There are hundreds of movies with discouraging and realistic endings, but for every such romantic movie, there is a dozen or romantic movies with pulled-by-the-hair, intensely enhanced, unlikely, unrealistic and unbelievably cheerful endings, in which it seems like the entire universe stopped dealing with its shit for a little while to get Brandon and Mary together in the middle of a rainy 5th Avenue on New Year’s Eve. Why couldn’t we just as easily have Brenda, Mary and their seven cats snuggle happily in their cottage on the last shot of a rom-com? Why do we have to dig so freaking deep in indie Imdb lists to find that rom-com?

Well, everything apart from the cats and cottage and the happy lesbians.

This is exactly what made the 1986 indie movie Desert Hearts so special: in Donna Deitch’s movie, set in the 1950s, Professor Vivian Bell arrives in Nevada in order to get a divorce from an unsatisfying marriage, and meets Cay Rivvers at the ranch where she stays. Rivvers is an out lesbian who draws her into an affair and their romance sparks in a Western setting and soundtrack.

What’s amazing about this film is that the ending is uncharacteristically happy. It’s thought to be the first lesbian film where the protagonists not only survive till the end, but their relationship even gets stronger. Especially considering when it was made, this is somewhat a miracle, revolutionary even for today. It is thought to be a generally sweet and heartwarming film, following the two women, the problems they face and the building of their relationship in depth, featuring some great and unique scenes.

Deitch was told that she would never be able to work in the same town again, and the actors who participated in the movie (even the ones in straight roles) were told that this was a career-ender. She said that after the film’s premier she received “not a very nice review” by The New York Times critic Vincent Canby, whom she later called “not a very nice man”. According to her, such a review from the New York Times was a death sentence back in the day, but Deitch wouldn’t give up: she advertised the film on her own with self-made leaflets that she handed around town with her brother, to people waiting outside cinemas.

Still, Desert Hearts almost reached box office records and was embraced by multiple film festivals when the movie was launched. Deitch was even asked by Oprah Winfrey to direct the TV miniseries The Women of Brewster Place, featuring one of the first lesbian couples that appeared on TV. Her TV career went on for 25 years and she won an Emmy award, a Hugo award and the Sundance Special Jury Prize for Desert Hearts.

After 25 years, Deitch announced at NBC Out, at a screening of the film at New York’s Museum of Modern Art (MoMA), the making of a sequel to the first movie Desert Hearts.  At the MoMA event, she introduced the stars Helen Shaver (Vivian Bell) and Patricia Charbonneau (Cay Rivvers) who stood up and kissed on the stage. Charbonneau’s daughter was also there. She was called “the Desert Hearts’ Baby” since her mother was pregnant with her during the screening of the film.

Deitch is raising funds for the sequel which will be set in New York – that being the only information that has been shared about the project. She recalled her fundraising process for the first movie that took two years to be completed, in the queer-hostile Hollywood environment of the ‘80s.

Deitch had to sell her house in order to raise money, as well as shares that costed $15,000 for a limited partnership. The main funding resources though, came from feminists and lesbians. “There were straight men, gay men, it was a mix,” she said, “People saw it as a potentially quite commercial film.”

Her fundraising methods were more like those used in political organizing than akin to normal Hollywood studio backing – money raised mostly within the community.

The sequel of Desert Hearts is enthusiastically expected, and we hope for it to set a path for more optimistic, encouraging queer movies that will remind us that we deserve a little piece of happiness in the world.