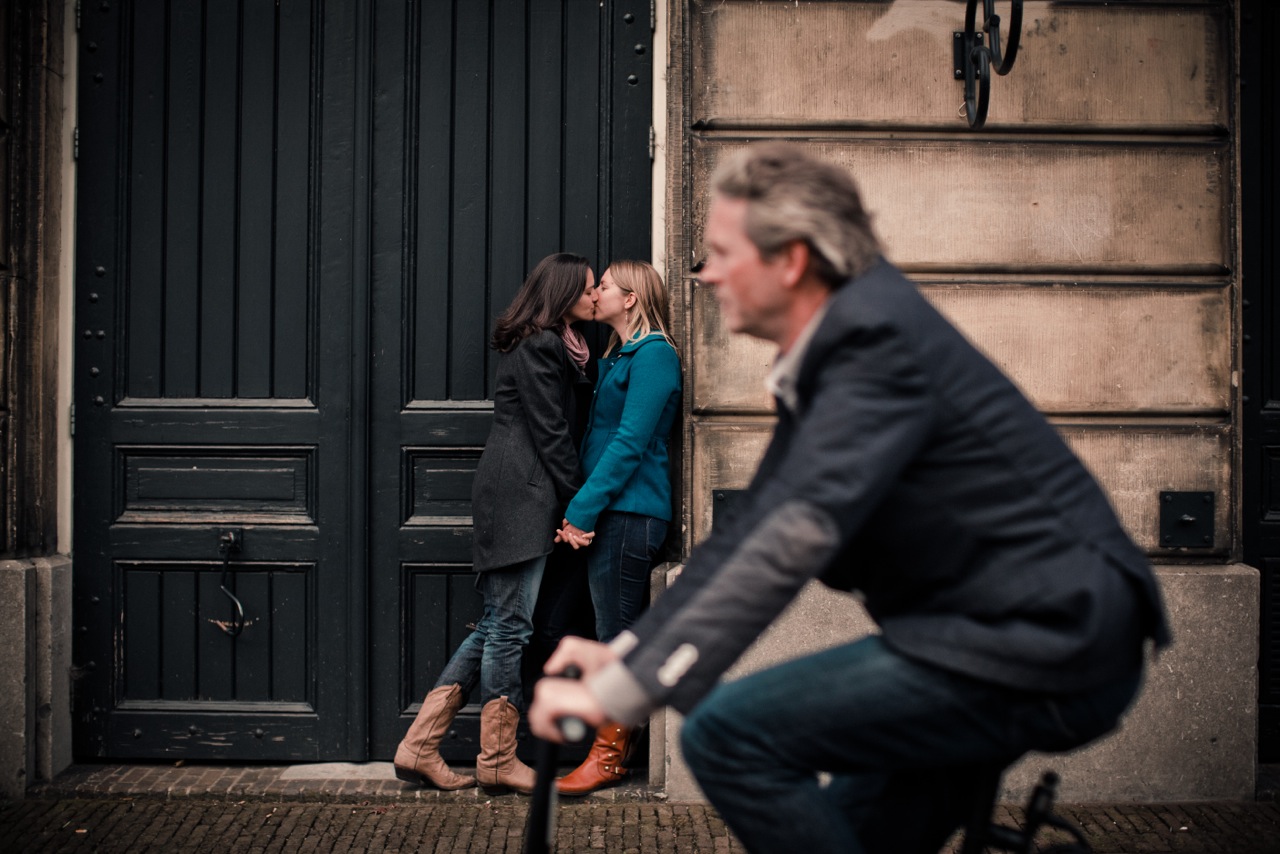 “Live and let live” is one of Amsterdam’s favorite sayings, and with an overall relaxed and tolerant attitude towards different lifestyles, who wouldn’t want to give the Netherlands’ capital city a visit?

Not only was the Netherlands the first country in the world to legalize same-sex marriage in 2001, but it has a long history of fighting for gay rights.

In fact, homosexuality was decriminalized in Amsterdam all the way back in 1811! How’s that for being a pioneer in the LGBT movement! Here in the present day, Amsterdam continues to be one of the world’s top destinations for gay and lesbian travelers. With its vibrant gay nightlife and one of the most renowned Pride celebrations worldwide, it’s time to think about a trip to Amsterdam.

No matter where you go in the city, it looks like one of those beautiful scenery post cards you send off to friends and family. With its 400 year old canals criss-crossed with a number of bridges, it’s like the Dutch version of Venice in Amsterdam. Along connecting canals and streets, you’ll find the quintessential cafes, shops, and galleries.

And if you visit in the winter, the canals provide an icy playground for some ice-skating fun. Although it’s definitely a modern city, you still get that vintage European feel while roaming around and discovering the sights.

Amsterdam is the most bicycle-friendly city. In fact, more people ride a bike to get where they need to go than any other form of transportation. Not only is it more convenient (with the city’s relatively small size, many streets are closed to cars), but it helps keep Amsterdam a lot less polluted than most urban settings.

One of the best ways for visitors to discover the city is by bike. It’s relatively safe and bicycle group tours are available. It’s definitely a unique way to see the sights and take in the Dutch capital from a new perspective!

First of all, there’s the Van Gogh Museum, which houses 200 paintings and 500 drawings by the famous Dutch artist. You’ll also find Japanese paintings there as well as works by Van Gogh one-time collaborator, Gauguin. Art lovers should also check out the Stedelijk Museum, where you’ll find an amazing collection of 20th and 21st century artists. Works by Chagall, Matisse, Cezanne, and Picasso can be found here.

You can also take a look at post-1945 artists like De Kooning, Lichtenstein, Judd, Stella, and Warhol. Lovers of modern art should plan a trip to the Jordaan district, where you’ll find about 40 specialist galleries occupying former shops or homes.

It’s one of the largest (and arguable best) Pride celebrations worldwide and attracts more than 350,000 participants. You’ll definitely find plenty to do at the festivities, including film screenings, dance parties, sporting events, exhibitions, and debates. In fact, there are usually over 170 events to check out. And…you can’t miss the world-famous Canal Parade!

Amsterdam’s gay and lesbian bars and clubs have a little something for everyone. Whether you’re looking to lounge around with friends for some good conversation at a low key bar, or are looking to dance the night away, you’ll definitely find no shortage of the gay nightlife in the city.

Have you been to Amsterdam and have some travel tips our sights to recommend? Let us know in the comments below!