The Difference Between A Woman Who Challenges You And An Asshole 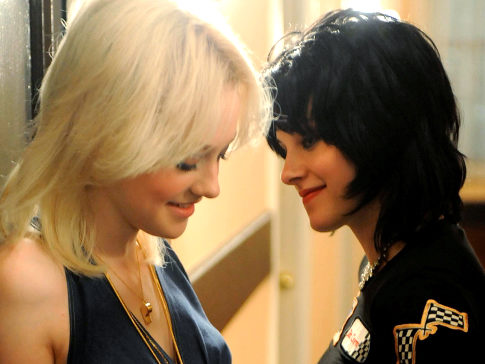 There comes a time in everyone’s life where you want to be with a woman who’s going to challenge you. Whether she makes you question your own beliefs, or she calls you on all your crap, it’s nice to know that she’s not going to put up with anything she doesn’t have to.

Unfortunately, sometimes this challenging can get a bit aggressive, and we are left wondering whether the person is being ridiculous, or if we are. So, how do you know if your girlfriend is challenging you or if she’s just being an asshole?

How often does she argue with your beliefs and opinions?

The woman who challenges you will only argue with your beliefs and opinions if they infringe upon the rights of someone else – including herself.

The asshole will argue with every opinion you have, just because you had it and she didn’t.

How does she argue with you?

The woman who challenges you will use logic and reason to express her opinions. There might be some emotion involved, too, but you can tell it’s coming from a good place.

The asshole will just tell you you’re wrong, with little to no explanation why. She might even put you down for your beliefs being different than hers.

When did she start pointing out your differences of opinion?

The woman who challenges you will take time to learn what’s important to you before bringing attention to your perceived flaws in thought.

The asshole will immediately attack your opinions, before the two of you have developed a comfortable relationship.

How do your arguments make you feel?

The woman who challenges you will leave you feeling smarter after your arguments – you’ll feel like she’s actually shown you another side of things, instead of just attacking your core beliefs.

The asshole will leave you feeling stupid after your arguments. She might imply (or directly state) that she’s smarter than you, and she will present herself like an expert, even without any information exchanged.

How does this woman make you feel?

The woman who challenges you will make you feel like a part of a team. She’ll let you know that her challenges don’t mean that your relationship is in jeopardy, but only that she wants to see you as a better person.

The asshole will make you feel like a subordinate. She may even “blackmail” you into agreeing with her, by threatening to leave you if you don’t change your ways.

What happens after you argue?

The woman who challenges you will let you know that your difference of opinions doesn’t mean she loves you any less. You might even get some sweet make-up sex out of it. Score! (But, this isn’t necessarily the case.)

The asshole will come up with an excuse to disappear for a little while. She might ignore your texts and calls for a while, or tell you to leave her alone until you wise up.

Does this woman love you?

The woman who challenges you will make it very clear that she loves you, even with all of your differences. She knows that differences are what make us unique, and even though you don’t see eye-to-eye all the time, you feel like she generally cares a lot about you and is willing to prove it.

PrevPreviousThis Is Why Your Ex Moved On Faster Than You Did
NextNew Dutch Study Says Queer Women More Likely To Divorce, Than Gay MenNext