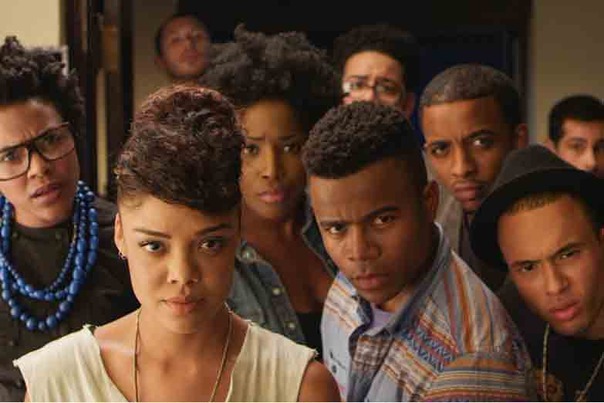 A study conducted by the Media, Diversity and Social Change Initiative at the USC Annenberg School for Communication and Journalism analysed the top 100 films of each year from 2007-2014 (excluding 2011).

The study took into account gender, racial and LGBT representation and — surprise, surprise — the results over the past seven years are disappointingly bleak.

Not one transgender character was portrayed.

Ten characters were coded as gay, four were lesbian and five were bisexual.

Only 14 movies sample wide featured an LGB depiction and none of those films were animated.

When it comes to character portrayal, the study finds there was little representation of “healthy romantic/sexual relationships”.

The study also shows the portrayal of women has become increasingly sexualised; moving from 27% to 27.9% over the years, while nudity has jumped to 26.4%. Shockingly, girls aged 13-20 were just as likely be shown in sexy attire or referenced as attractive.

We’re really seeing this focus on appearance and sexiness, the male gaze if you will, starting with a very young age for female actors.” 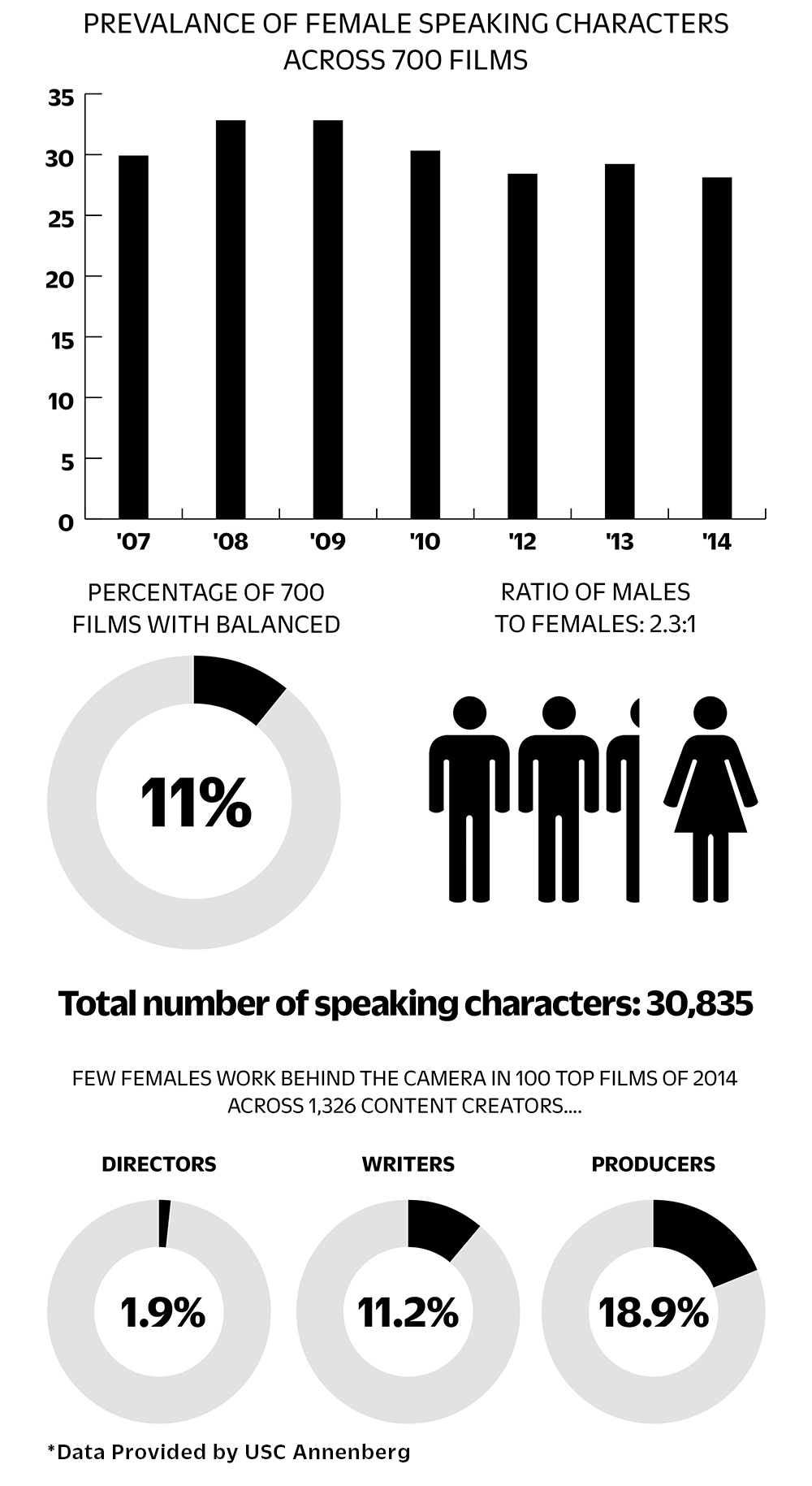 Broken down by genre, women only represented 21.8% of speaking roles in action/adventure films, and 34% of characters in comedies. Less than a quarter of speaking characters in animated films were female, a 7.4% decrease from 2010.

If we existed in a world described in the pages of this report, we would have a population crisis on our hands.”

Only two women directed the top 100 films of 2014. Over the past seven years, only 28 women have directed films in the top 700. Three of those women were African-American.

When more than 40 films do not depict one Asian character, I think we have a representational crisis going on in the film industry.”

That figure is even lower for Asian directors, who only helmed 19 of the top 700 films.