Does Being Selfish In The Bedroom Mean You’re Selfish In Your Relationship? 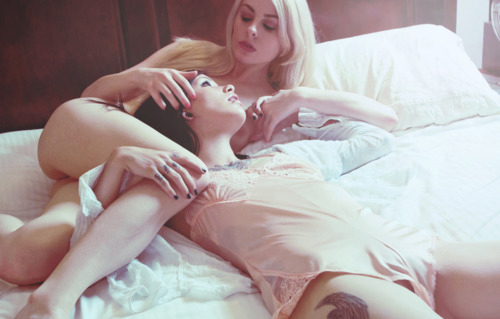 Is there one particular aspect of your relationship where one partner is doing more than their fair share?

I’m a giver by nature. This has been a bit of a problem to me, as I tend to let my girlfriends walk all over me while I’m bending over backwards for them. (Go ahead and picture that one literally – that’s a fun thought!)

I’ve always been the type to sacrifice if it meant that I could make my partner happy. Certainly, I’ve had my fair share of women who took advantage of this simple fact, but thankfully I’m now with someone who respects me enough to compromise when I need her to. (Believe it or not, even us “givers” have our limits.)

In the past, I’ve always tried to be the one who does most – maybe out of a lack of self confidence; I feel I have to do extra to “earn” the woman I’m with, because I tend to date girls who are “out of my league”. (As a side note, “out of your league” doesn’t really exist – it’s just a construct based on stereotypes and generalizations… But I digress.)

Once I began to date a woman who didn’t treat me this way, I allowed myself to turn into a bit of a princess for awhile. (So maybe she chose the word “queen”, but the principle is still the same.) Where I had grown accustomed to being the one to deliver the most, suddenly I was with someone who didn’t even let me touch her for the first few months. Boy, did that throw me for a loop!

Something I noticed during that time is that the body naturally responds to this “special treatment” and starts to think that it deserves it. That’s not necessarily a bad thing; in a way, it helped to open my eyes to the ways I had been treated by some of my exes.

But I also realized that they might have been taking advantage of me because I allowed them to.

This is a controversial statement – surely, no one seeks to allow someone to walk all over them, myself (and my partner) included. But once you get used to the idea of being put on a pedestal, it can be hard to stop that mentality from taking over.

Fortunately, it’s not inevitable, and after awhile I was able to adjust my “offerings” to a more balanced standpoint. She still gives me sex more often than I give it to her, but that’s a personal choice she makes. I never demand it, and you really shouldn’t either.

That being said, there’s a definite stigma surrounding the idea of “pillow princesses”. The name itself implies negativity, as the word “princess” isn’t meant the same as, say, a Disney princess. Rather, the use of the term implies that the woman is someone who needs things to be her way or they don’t happen at all.

(Okay, by that definition, I’m still definitely a princess – I’ve got a crazy amount of OCD and I’m more than a slight control freak. In my case, though, the level of control I need is directly related to what I’m allowed to do – and not simply what I allow to be done to me.)

If you find yourself being “spoiled” in one aspect of your relationship and you see it spilling over into another aspect, it’s best not to ignore it. Sure, it may feel nice to get all the extra attention – especially if you’re not someone who’s used to being the recipient – but you shouldn’t allow it to take control over your relationship.

Relationships are all about compromise and balance, and if you’re not offering those things, you’re not being fair to your partner.

What can you do if it seems like it’s too late to fix it? First, you should get that negative thinking out of your head. The only time it’s too late is if the relationship is over… And even then, there’s some room for negotiations sometimes. Once you identify that there is a problem, you can work to fix the problem.

If you notice yourself taking more of the attention than your fair share, or your partner expresses an imbalance in your relationship, you should examine the ways you handle things and see if there’s anything you can change. Some women can be stubborn and refuse to let you re-balance the equation. That’s their choice, and you shouldn’t make any rash decisions based on this fact alone.

However, most women will be willing to communicate on how you can improve, if you give them the opportunity. Most women would rather fix what they have than to try and find something new, and in many cases that means that she’ll give you the opportunity to do better. Never, ever forfeit this opportunity by not trying.

The specific areas that your relationship may be lacking balance are different on a case-by-case basis, and therefore it’s essential that you talk to your partner. Only you and her can know for sure what needs to happen – no amount of internet advice articles can actually fix your relationship for you.

PrevPrevious6 Signs That You’re Secretly a Hopeless Romantic
NextShould You Do A Sex Detox?Next