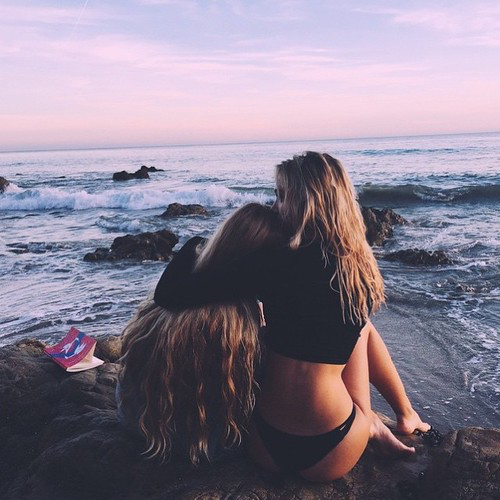 In this day and age, there’s a huge focus on the existence of “the friend zone” – does it exist? Is it a myth? Is it a term used by people who are hurt that they didn’t get the attention they felt they deserved?

Well, in a way, it’s sort of a mix of all these things.

Many of my friends explicitly refer to the friend zone when they’re speaking to their potential (and past) relationship prospects; it’s a term that’s easily understood and lets it be well known that you will not, in fact, be reaching second base with this person. (Although that’s not always true – friends-with-benefits zone seems to be a real thing, too.)

However, the general reaction to this mystery area is that it’s a negative thing – we ignore the positive outcomes that arise from it because we’re so focused on the pain and sting of rejection.

But, what if instead of focusing on the rejection, we put our attention instead to the benefits that friend-zoning brings?

1. It’s an exercise in not settling.

Often when we think of “the friend zone”, we feel that we are entitled to have a relationship with a person (romantic or sexual) due to the kindness we have shown them and the effort we have put into the process, while on the other side of the coin, we use “let’s just be friends” to signal that we care about this person, but don’t wish to compromise certain aspects of our criteria for the “perfect mate”.

While true perfection doesn’t exist, the fact remains that you can be attracted to a person and they can still be wrong for you. The friend zone teaches that sometimes it’s better to not settle on things that you consider mandatory for a partner – whether you are the one doing the rejecting, or you are the one being rejected.

Let’s say, for example, the girl who rejected you turns out to be a complete jerk (hey, it happens). Maybe her requirements for a date were that she was more intelligent than her – which she qualifies by a college degree, even though she herself is still in college.

Do you really want to be with someone who doesn’t value you as you are? In pleading with a girl who has rejected you based on something that seems unfair, you’re basically begging her to be realistic – which, dealing with women teaches us is rarely worthwhile to look at.

On the other side of the coin, her necessary qualifications could be something entirely out of your control – such as your height. If a woman only dates women who are shorter than her, and you are obviously taller than her, pleading with her to change her mind can be futile, as she’s not likely to budge and you’re not likely to shrink.

Other criteria, such as race or nationality, can be frustrating to the person who doesn’t meet them – but it’s important that your partner likes you for who you are. Asking them to compromise their own standards, even if they don’t make sense to you, is basically forcing yourself to be “not good enough” even if you do eventually win her over.

3. Great friendships have been built on the foundation of relationships that failed before they begun.

I have a few friends (who shall remain nameless) who I originally started talking to with the hopes of being more than just friends with them. One of them disclosed that I wasn’t her type – she preferred bigger ladies of Mexican descent, and here I was, a slightly chubby white girl.

I didn’t let it impede my desire to get to know her better, and now she’s one of my best friends – I share pretty much everything with her! She has provided me with valuable advice regarding the relationships I’ve been in since, as I have sought to do for her. If I had begged with her to give up on her “type”, we probably would have broken up and I never would have spoken to her again.

Another friend rejected me because of mutual differences in what we looked for: I was looking for someone local to get to know better, and she was only looking for friends. Well, she won – we started talking as friends.

Although it did hurt at first that it felt like she wanted nothing to do with me, we talk on a regular basis and are actually much closer for it. Sure, I still find her (and the friend referenced above) incredibly attractive – but I’m thankful for the friendship and wouldn’t do anything to compromise that now.

4. Someone more suited to your needs may be just around the corner.

This might be the most important thing: The best relationships happen when you’re not looking for a relationship. At the time I met my current partner, I had given up on the idea of finding a girlfriend, because all my efforts were met with resistance by the other party, or generally we just weren’t a good fit.

Once I gave up on finding a relationship, my soul mate happened to fall into my lap – and, unlike the jerks that I tend to seek out, she actually sought me out, offering all the things that had been missing from all of the attempted relationships of the past several months.

The fact that we’re still together two years later speaks wonders about this philosophy. If you’re seeking a relationship to fill a void, it probably won’t. It’s better to let love find you naturally. (Not that you shouldn’t help it along if you can, but it’s definitely not good to be so desperate that you compromise your core values and resort to begging. Trust me on this one.)

5. Basically, we need to learn to accept the word “no”.

It’s a tough idea to grasp: My generation is one of forced entitlement. We got trophies for participating, and “no child left behind” penalized the teachers when their students didn’t try. This really isn’t right! I have always been a bit of an over-achiever despite the entitlements that my generation has impressed upon me, but that doesn’t mean that I deserve everything I work hard for.

Sometimes you just won’t be the right fit, and that’s ok! Work on developing yourself instead of focusing on the potential outcome, and your overall outcome will be better.

PrevPreviousSexual Abuse in Committed Same-Sex Relationships
NextAre You A Victim Of Subtle Abuse?Next