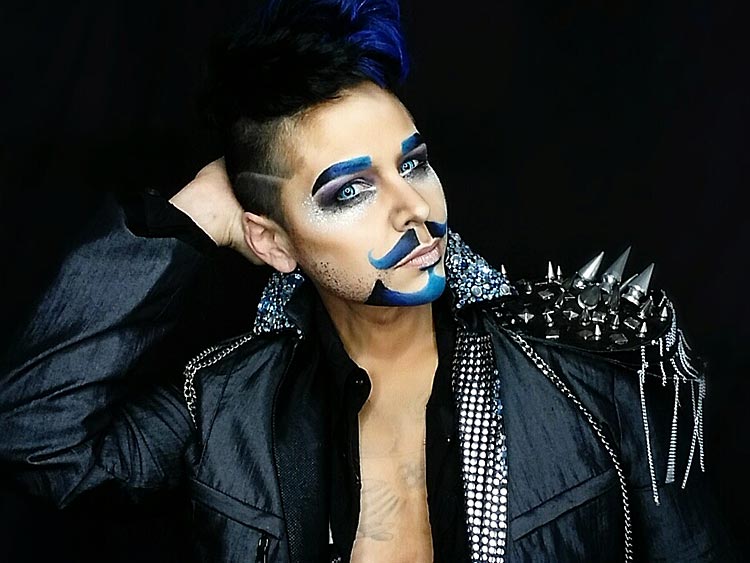 As a fan of drag queens and the art of drag, I have always wondered: do other lesbians love drag as much as I do? Why aren’t there more drag kings?

As a loyal fan of Rupaul’s Drag Race and  a fan of several drag queens on social media, it’s hard not to notice that the fans are mainly gay men. So why isn’t there a bridge between queer men and women when it comes to drag?

Lesbian Drag fans, are you out there?

I have tried time and time again to reach out and find others who, like me, feel like drag is the ultimate art form; a way to connect us all through music, dance and comedy. And, after hours of reading comments and Facebook posts, there really is only a few of us out there who have the same opinion as me about drag.

Why? Perhaps the majority of  lesbians just don’t feel that connected to most drag queens.

I get that it can be hard to have to go through the struggles and daily hurdles we as women have to go through to then see someone else portraying an exaggerated and over the top version of what it means to be a woman and take all the fame, credit and praise for it.

On the other hand, historically, drag has had a bigger gay following than lesbian one. As time passed, we drifted further apart until this day. But why hasn’t there a larger lesbian “fan-base” from the start?

And this leads me to my next question: where are all the drag kings?

Are the kings missing…or just not in sight?

Perhaps it’s my mistake to think that the number of drag kings is much lower than the number of drag queens and perhaps, this is in fact a matter of visibility. There’s no America’s Next Top Drag King on TV, nor there is this big celebration of drag when it comes to women performing as men.

It is always seen as a dirty taboo if a woman deliberately lets go of her own femininity. So are we actually faced with a huge double-standard where femininity in a man is praised while masculinity in a woman is frowned upon?

Maybe our big break is still to arrive! Who’s to say that soon our own RuPaul will become a huge star and put drag kings back on the map. Perhaps, sooner rather than later drag kings will become as mainstream as drag queens!

Whether it happens tomorrow or 30 years from now, I am sure the day will come.

Until then, I will be binging Drag Race and stalking Adore Delano’s Instagram (seriously, I need some help).