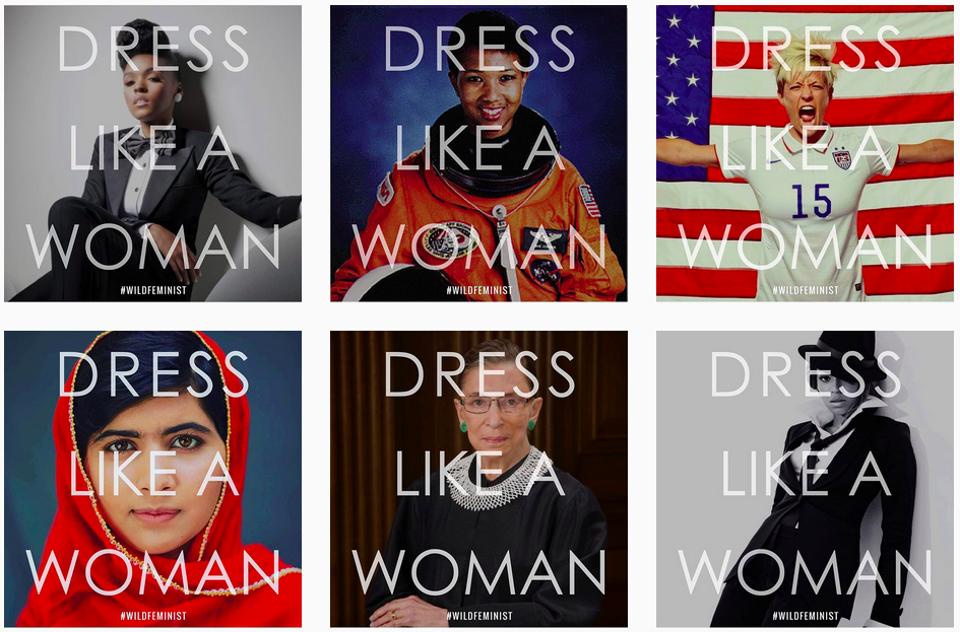 News website Axios were informed by an anonymous source that women who work for the Trump campaign feel pressured to wear dresses. Mike Allen cited this claim in Axios newsletter.

According to the report, male employees “need to have a certain look”, but Trump didn’t really like the suit his press secretary, Sean Spicer, wore for his first briefing, and expects his male employees, according to the same source, to wear a tie, either a Trump one, or try to get away with Brooks Brothers and Armani.

Well, you can also get away if you’re Trump’s chief strategist, Steve Bannon.

As we read in Allen’s citation, women who work for Trump are supposed to “look neat and orderly” even if they’re in jeans, even if they’re not in positions that are going to get much coverage or have to attend “glitzy events”.

Michael Allen refused to give further details when he was asked to this Friday.

But whether “dress like a woman” were Trump’s actual words to refer to him expecting more feminine attire by his female employees or not, it’s quite safe to assume that it very clearly characterizes his overall view when it comes to women and their reduction to their appearance.

After all, he does have a history of rating them on a scale from 1 to 10, of insulting women who criticized him based on their appearance, and of hurrying to get back to people who used arguments against his own appearance, like his hair or the size of his hands.

Everybody knows that he also happens to be an openly sexist bigot, working actively to ruin the lives of whoever is not a cis straight white Christian man, so yeah.

It makes much sense that uproar was caused on Twitter after the news for the White House dress code instructions became known, especially after 8 years of Barack and Michelle Obama establishing a more relaxed attitude towards the dress code that people in the White House were supposed to follow.

Twitter Users used the hashtag #dresslikeawoman to go a step further from the problematic character of narcissistic Trump directing extremely important real life issues based on appearance as if he’s still part of a glamorous reality show. Women on Twitter tried to question what it means to dress like a woman.

According to Maddie Soper (@misformaddie), a handy guide on how to #dresslikeawoman includes: “1. Identify as a woman” and “2. Get dressed”.

A handy guide on how to #dresslikeawoman:
1. Identify as a woman.
2 Get dressed.

People posted pictures of accomplished women, such as astronauts, politicians in the parliament, pastors, judges, and Olympic champions, in the attire of their work.

Feminists from the navy or the army in camo suits, firefighters, surgeons and racecar drivers, all in their according suits, flooded the internet, accompanied by sarcastic comments directing Trump’s sexist, demeaning behaviour towards women.

That's me on the left wearing my favorite outfit #DressLikeAWoman pic.twitter.com/M8UnQ2pBwE

I'm an epidemiologist improving surveillance of infectious diseases I #DressLikeAWoman and am an #actuallivingscientist pic.twitter.com/rQgMU0Und7

This is how I used to #dresslikeawoman #women #army pic.twitter.com/J7FXFBWm8Q

As Erin Coulehan writes, even the mainstream, high fashion the rules of which Trump believes he leads his life by, considers such notions about women and their appearance outmoded.

I could gush about how it’s men’s fashion week in New York right now, and designers like Alejandro Gomez Palomo are challenging masculinity in sartorial form through androgynous genius to showcase the myriad facets of menswear to include looks distinctly feminine. I could discuss how forward-thinking it is the 24-year-old designer doesn’t really see the point in going along with gender binaries because that would be boring and it’s way more fulfilling to shake things up.”

So the only thing I can remind myself and everyone reading this, is that we need to stand in absolute solidarity with all our sisters (and not just cisters) in the US, and take in mind not only their gender, but all different intersecting oppressions they might be facing through dark times.