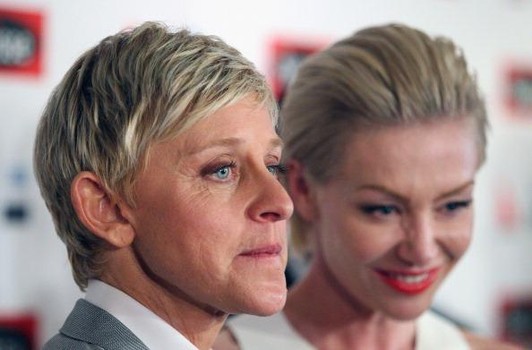 Dozens of high-profile artists, politicians and prominent members of the queer community have taken to social media to voice their horror at this weekend’s massacre, which left 50 patrons dead at Pulse, a prominent gay nightclub in Orlando.

While some celebrities simply offered their condolences and emphasized their support of the victims and their families, many others demanded the reform of U.S. gun laws, a move they insist could prevent future violent deaths.

Our hearts go out to all the families and loved ones of those lost in Orlando. #prayfororlando #loveisthecure pic.twitter.com/nyfzJiyPma

The tragedy in Orlando is just beyond sad. My deepest regrets to all those suffering. There are no words that suffice. I'm…stunned.

Orlando I weep for you and the families of 20 human beings murdered because of hatred and… https://t.co/gLASqOKVFI

"To the LGBT community: please know that you have millions of allies across our country. I am one of them.” —Hillary https://t.co/MmaGjrSufr

What has happened in Orlando is Devastating. My heart Goes Out to all the Victims of the…https://t.co/oQC1Hoqj7T pic.twitter.com/tNkhYj8AVE

All Americans are horrified, disgusted and saddened by the horrific atrocity in Orlando. Full statement: pic.twitter.com/ci5kxXKSyZ

Deeply moved that in the face of tragedy Orlando & Americans everywhere are coming together to give blood, love & support.This is who we are

Stand strong w/ ur pride, it belongs to u. Love is opposite of hate. My sincerest mourning 4 LGBTQ's suffering 2day pic.twitter.com/0n3A143GEg

Devastated by the news out of FL. Whatever the madness behind this, let us all come together first to support victims & their loved ones.

Heartbroken about the shooting in Orlando. My prayers and thoughts are with you all in America. I pray for this world to change!

Waking up to the news of the mass shooting at a nightclub in Orlando.
I'm so sick, sad, scared and angry.
I'm praying for victims' families.

Email or call your Representative and ask them why they have done nothing to #EndGunViolence #Orlando https://t.co/GDvX9u3nKU

Our hearts break for the victims and families of this horrific act of violence. We stand in solidarity with the LGBTQ community in #Orlando.