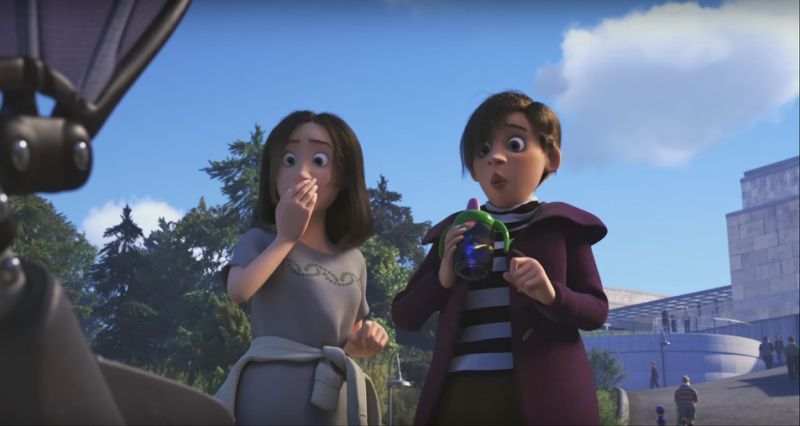 Ever since the latest trailer for the highly anticipated Pixar sequel Finding Dory landed last month, speculation over two women in a short clip have made headlines, with many of us interpreting them to be a lesbian couple.

However, we may have gotten a little too overexcited by the clip, after film makers refused to confirm or deny the couple’s sexuality when quizzed.

They can be whatever you want them to be. There’s no right or wrong answer,”

But refused to confirm what many us would have hoped for.

And now Ellen DeGeneres – who stars as Dory in the film – has a pretty dry response to the hysteria over the clip.

I didn’t see it. One of the woman has really short hair. And I have to say, it’s not a great haircut because it was really chopped up in the back… I think people assume anyone with a bad short haircut is gay.”
The comedian added.

Robin Wright has short hair.There are a lot of woman that are straight that have short hair. It’s just not as common.”

Last month’s heightened speculation speaks to the degree to which many people want to see LGBT representation in a major Disney-distributed film — be it animation, superheroes or Star Wars characters.