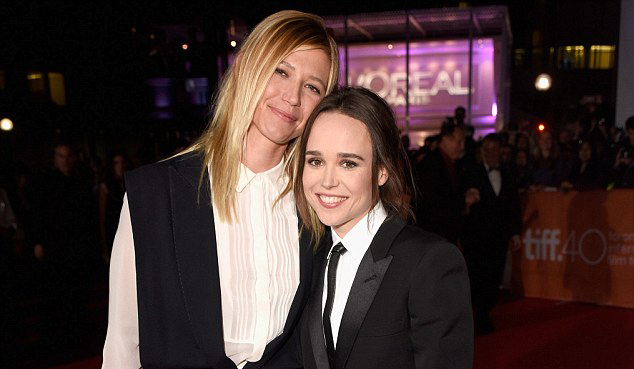 Ellen Page and her girlfriend Samantha Thomas made their red carpet debut as a couple on Sunday in Toronto.

Page, and the artist and surfer have been dating for several months and when asked why she decided to make their relationship public at this time, the Juno star said simply:

Freeheld has been a passion project for Page so the premiere seemed like the right time for their glamorous public debut.

The actress, who came out in February 2014, stars in the true story of a lesbian couple who fight for domestic partner rights after one of them is diagnosed with cancer.

So it was perhaps only fitting that she would use the occasion of its screening at the Toronto International Film Festival to go public with the new love in her life.

The two looked awesome as they both wore tuxedo ensembles.

When your best friend is the most talented, funny, beautiful, generous, humble human being it’s hard to not smile until it hurts. Ellen, I am so proud of you and will always be grateful for everything you are and will always be to me.”

When your best friend is the most talented, funny, beautiful, generous, humble human being it's hard to not smile until it hurts. Ellen, I am so proud of you and will always be grateful for everything you are and will always be to me. @ellenpage

She later posed with Page and Thompson, but not before talking about their chic looks.