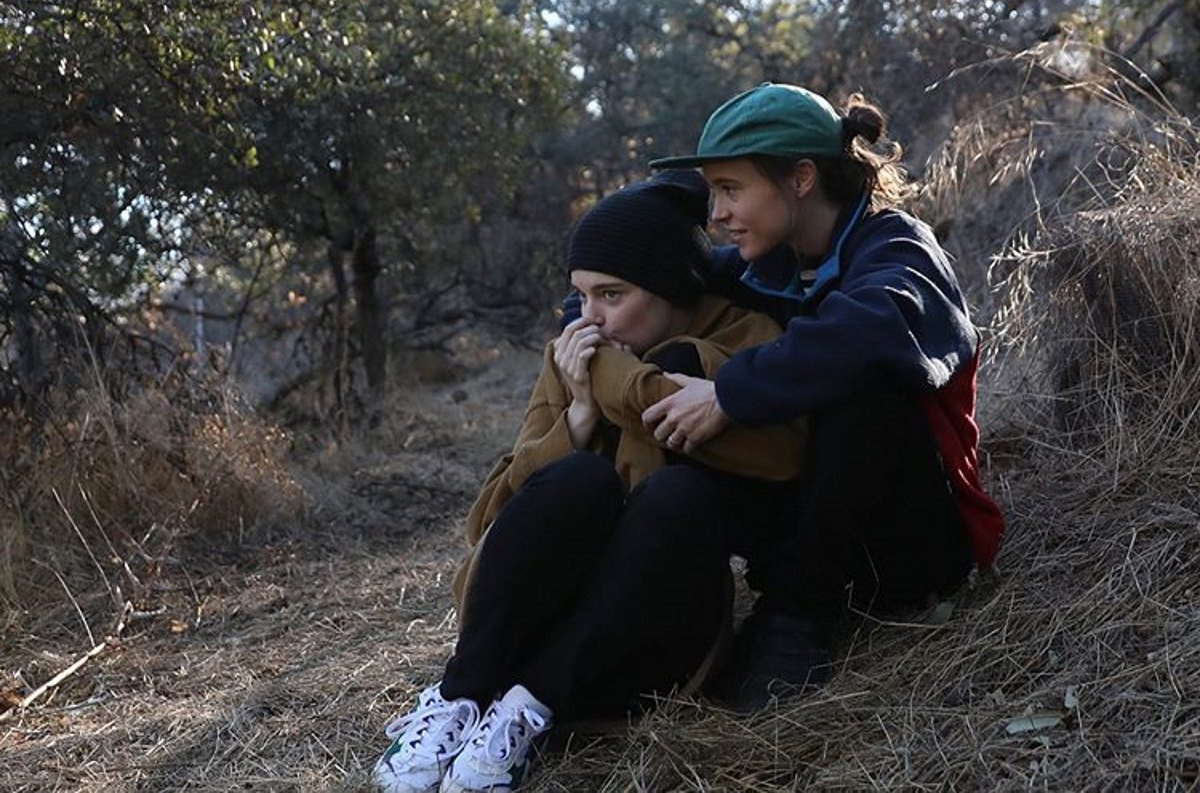 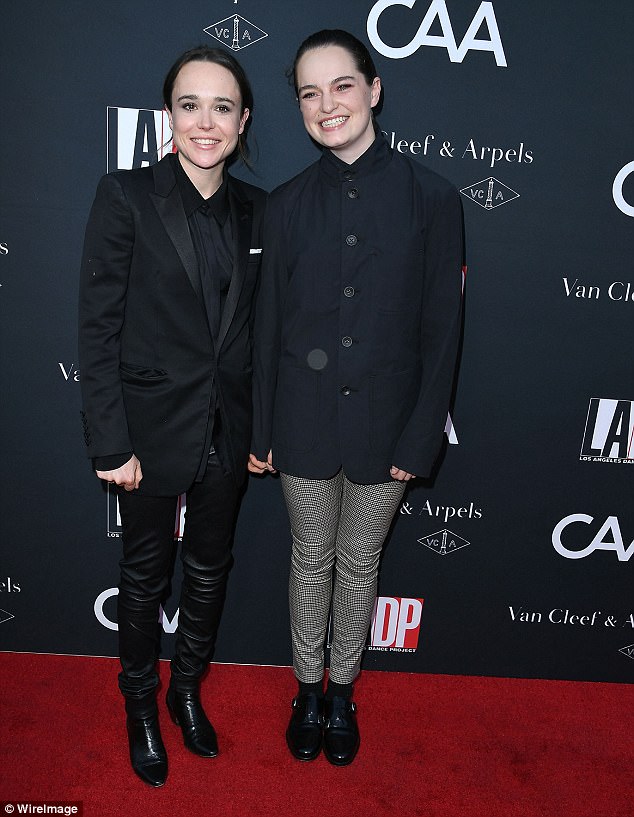 The actress shared the news on Instagram with a series of photographs, including one with their hands touching as they display their wedding rings.

The post was captioned: “Can’t believe I get to call this extraordinary woman my wife.”

Portner, who is a dancer, also shared the pictures, along with another photo of her kissing Page’s hand while they are hugging.

The two have been posting pictures on social media of themselves together since the spring. 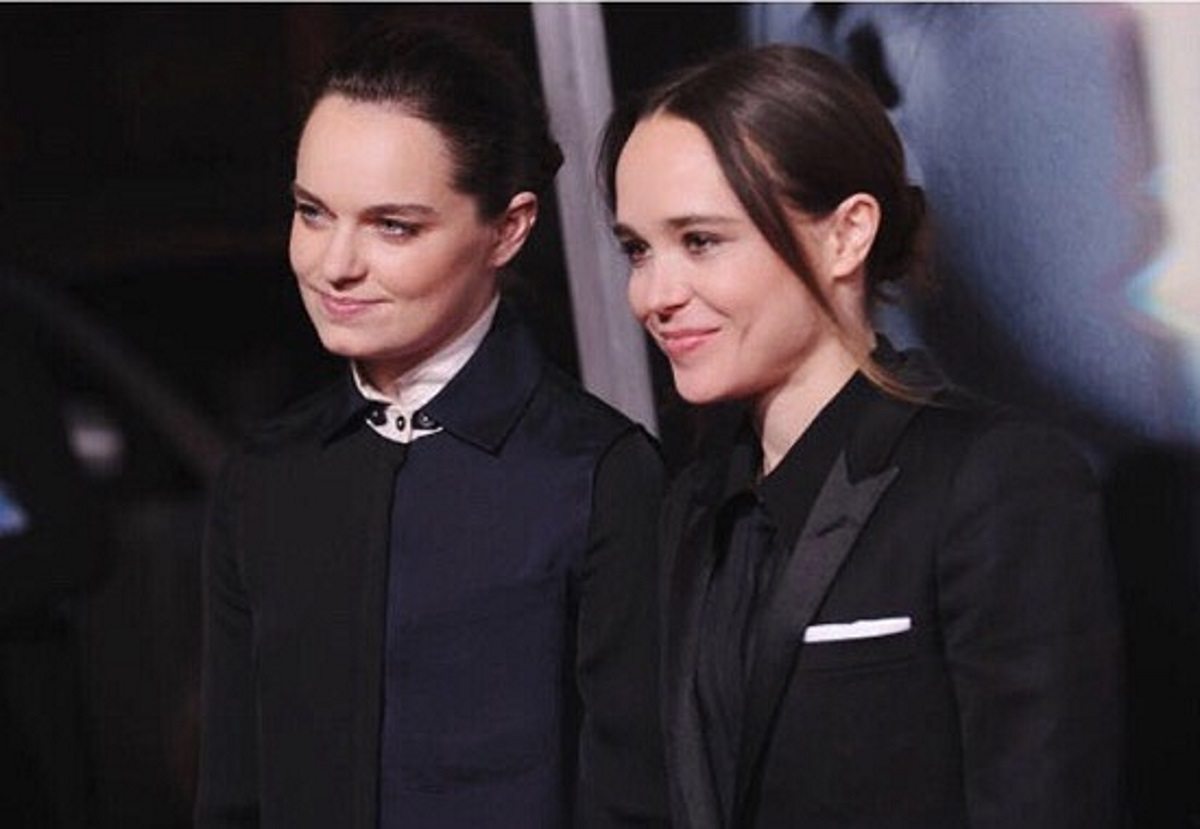 Page told the world that she was a lesbian at a Human Rights Campaign event on Valentine’s Day in February 2014 in a rousing speech which earned her a standing ovation.

The actress subsequently admitted that her decision to be honest about who she is has had immensely positive effect on her life.

“Everything is different. From one day to the next [after coming out], I felt a happiness and an inner peace which I hadn’t known for years. My life now is overwhelming and I’m glad to be in a position where I can support my community and also help show that you can still play all kinds of roles after you are out.

Things are changing fast and the more people who come out will ultimately help put an end to the idea that coming out destroys your career. We have to make that happen.”

Page admitted she was getting ‘increasingly unhappy’ before coming out and the fact she was hiding who she was had started to impact her work.

The X-Men star also revealed coming out has given her career a boost in the right direction.

“Before I had to hide my sexuality and that was making me increasingly unhappy, uncomfortable and anxious. I’m excited and enthusiastic about my work again. It feels the same way it did when I was 15 and beginning my career. It’s such a different feeling to be open about who you are and simply live that way and not have to put on masks and hide your identity. I feel an inner peace now which I hadn’t felt in a very long time.”

Page also admitted she reached a point in her life where her ‘desire’ to come out meant more to her than the any negative impact her sexuality could have had on her Hollywood career.

“I reached a point where my desire to come out was so great that even if everyone in Hollywood had told me that I’ll never work again, it wouldn’t have made any difference. I didn’t want to hide anymore.”

In late 2017, Ellen recounted a traumatic experience where film producer Brett Ratner outed her as a lesbian on the set of X-Men: The Last Stand when she was only 18 years old.

“He looked at a woman standing next to me, ten years my senior, pointed to me and said, “You should f**k her to make her realize she’s gay”. I was a young adult who had not yet come out to myself. I knew I was gay, but did not know, so to speak. I felt violated when this happened. He ‘outed’ me with no regard for my well-being, an act we all recognize as homophobic.”

Page called Ratner’s comments ‘homophobic,’ and she says the feelings of shame lingered.

“This public, aggressive outing left me with long standing feelings of shame, one of the most destructive results of homophobia.”

Page kicked off her acting career by starring in a number of television shows in her native Canada, including Pit Pony and Trailer Park Boys.

Her first film role was in 2005 drama Hard Candy and her big screen breakthrough came when she appeared as the titular character in comedy Juno in 2007, winning her Academy Award, Golden Globe and Screen Actors Guild nominations.

She has gone on to star in  a number of blockbusters, including Inception and the X-Men franchise.