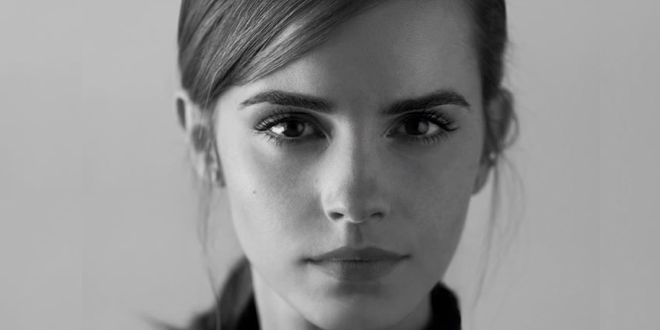 “It is time that we all see gender as a spectrum instead of two sets of opposing ideals. We should stop defining each other by what we are not, and start defining ourselves by who we are.”

Emma Watson made this call as she launched a United Nations campaign for men and boys worldwide to join the movement for gender equality.

The UN Women Global Goodwill Ambassador was at the UN Headquarters in New York on Saturday, to deliver a strong and personal message on equality, gender roles, and feminism.

The UN Women campaign called “HeForShe” aims to mobilize one billion men and boys as advocates of change in ending inequalities that women and girls face globally.

“I want men to take up this mantle so their daughters, sisters and mothers can be free from prejudice but also so their sons have permission to be vulnerable and human, too and in doing so, be a more true and complete version of themselves,”

In the speech, Watson stressed the importance of men’s involvement in promoting women’s rights.

“How can we effect change in the world when only half of it is invited to participate in the conversation? Men, I would like to take this opportunity to extend your formal invitation. Gender equality is your issue, too. I’ve seen my father’s role as a parent being valued less by society. I’ve seen young men suffering from illness, unable to ask for help for fear it will make them less of a man …. I’ve seen men fragile and insecure by a distorted sense of what constitutes male success. Men don’t have the benefits of equality, either. We don’t often talk about men being imprisoned by gender stereotypes but I can see that they are.”

“Men are responsible for most of the threats and violence against women. Often, these men are close to the victims – fathers, husbands, boyfriends or supervisors. We need to say to men and boys: Do not raise your hands in violence – raise your voices to stop it – and to support human rights for all.”