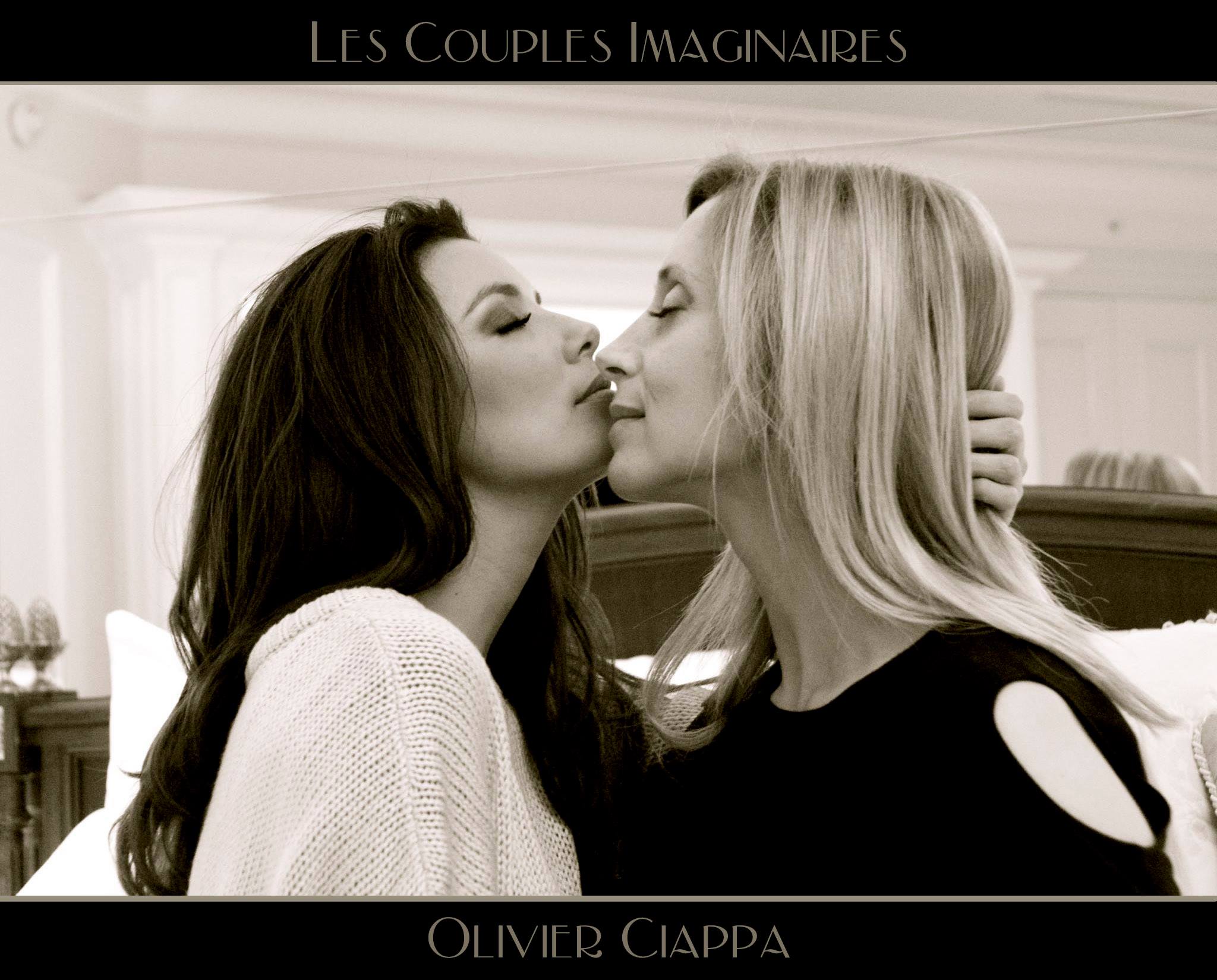 Although France made same-sex marriage legal in 2013, the country is far from being a bastion of LGB equality.

Homophobic attacks are reportedly on the rise in the country, experiencing a 78% increase in 2013 and France’s far-right political party Front National (which opposes and campaigns against same-sex marriage) is also growing in popularity.

One person hoping he can turn this around is French artist Olivier Chiappa.

Chiappa has put together a new photography project called ‘Imaginary Couples’, for which he has enlisted famous (heterosexual) people to portray same sex couples “in a realistic and intimate way”.

Melanie Laurent, Eva Longoria, Lara Fabian and Audrey Dana are all part of the photoshoot, with Ciappa saying that he told his subjects that “You’re with the person you love. Not a man, not a woman”, adding that “at the session, I disappear, for they are one with each other”.

Chiappa says that he was inspired to create Imaginary Couples “because of the hate he had been seeing in his home country a few years ago” and speaking to BFM TV, the artist further explains that “we need to get a message to the attention of those who hammer that there is no homophobia in France, I make these pictures to educate people; those who do not want to see even if they think they have open minds”.

The campaign has already proved that homophobia is alive and well as last week the photos were vandalised as they hung at the gates of the Grand Rond Garden in Toulouse, France and then, soon after the vandalised photos were replaced, the new photos were stolen.

Chiappa responded to the incidents on his Facebook page (translated via Google):

The first time, they wanted to show their displeasure. The second time, they have totally decided to erase the expo for that no passing Toulouse can’t see her. By stealing all the photos, nothing is visible, as if the expo did not exist.Not only the old photos vandalized that I had held to keep exposed to the sight of all are no longer here, but also all the new panels that had been installed the day before by the town hall!

People do seem to be sharing the photos both as a response to this and because of the stars attached to the project (this perhaps explains why Chiappa didn’t enlist real-life same-sex couples for the shoot) so hopefully people do change their stances as a result.