Is It Ever OK To Look At Your Partner’s Phone? 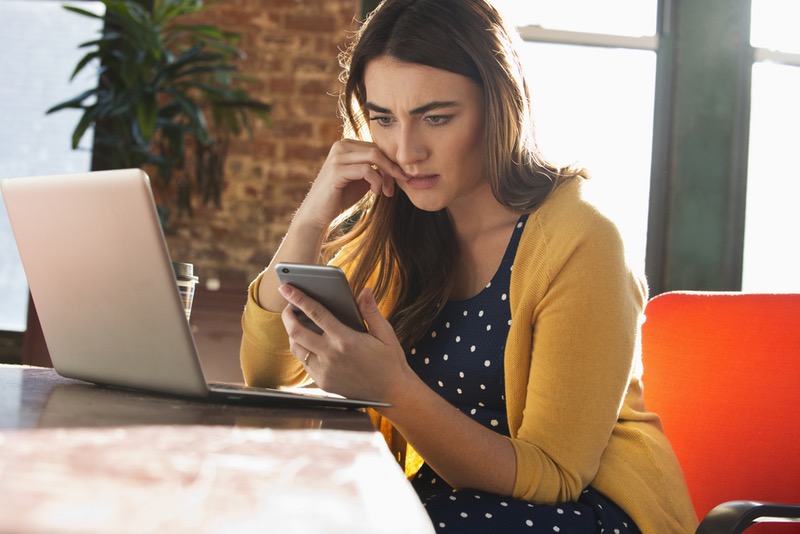 My girlfriend leaves her phone hanging around all the time. Every time I see it when she’s out of the room, I know, instinctively: her whole life is in that little black box.

And yes, I do get suspicious. We all do, right?!

We want to keep tabs on our significant others, but does that mean I have the right to invade her privacy by going through their phone?

Let’s face it, we are now so engrossed in our technology that we have two lives: our regular life and our phone life.

In our phone life, we are free to say and do whatever we want, sometimes doing what we wouldn’t have the confidence to say or do face-to-face or while chatting on the phone.

We can be whatever version of ourselves we want to be, and we also can have conversations we otherwise would find difficult.

It’s created both confidence and cowardice. We can be bold, but we can also ghost people like there’s no tomorrow.

We also have a myriad of apps at our disposal that can have us hanging out with our significant others while looking for a hookup later. These apps can be hidden in folders and your partner could be none the wiser.

Of course, all of this information is going to make some people nervous about what their partner is doing.

“They’ve been on their phone texting awhile. Is it someone else?”

This sort of insecurity that cheating culture, dating apps and the “but there are so many options out there for me” mentality incites has plenty of people reaching for the phones when their significant other isn’t looking.

When you make the decision to invade your partner’s privacy, you’re making it known you simply don’t trust her.

Trust is one of the most important aspects of any relationship. If you don’t have it as part of the foundation, the whole thing is going to wobble and crack.

Feeling like you need to check your girlfriend’s phone to make sure she doesn’t do anything untoward simply means there’s a lack of trust on your part, and that’s not OK.

We believe we’re entitled to know everything our partner says and does, that we have the right to know all of her passwords and should be allowed to check anything we want periodically.

I’m not my girlfriend’s parent, I’m her partner. Some of the stuff she says to friends isn’t my business.

The implications of either asking to go through your significant other’s phone or being sketchy and doing it behind her back are red flags. You’re opening up the floodgates for distrust, suspicion and constant fighting.

If you think your girlfriend is doing something you don’t like, just go straight to the source and ask her directly.

Waiting until she is in the shower or in the kitchen to snoop through stuff is going to backfire spectacularly and will shift the conversation from constructive to destructive pretty quickly.

If you are constantly suspicious regardless of assurances that nothing is going on, then maybe you should reconsider the relationship as a whole.

Invading someone else’s privacy because of insecurity or what you see on TV or hear from your friends — or whatever it is that has you diving for the phone — is not OK.

Open up the lines of communication and always make sure there is ironclad trust between you and the person you’re choosing to be with.