Everything You Want to Say To The Person You Love, But Can’t Be With Right Now 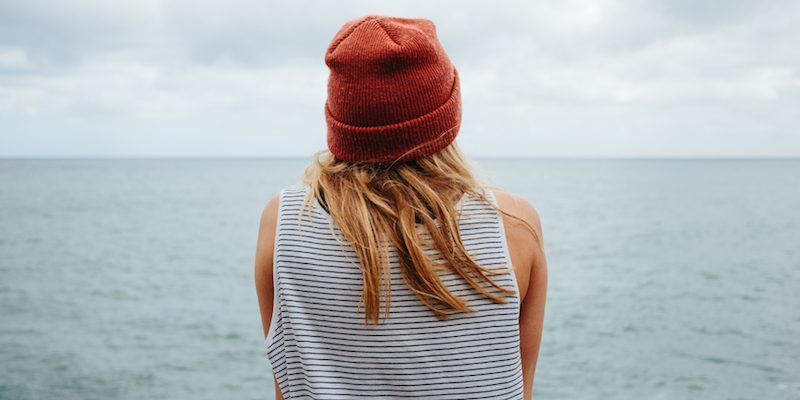 If you’ve ever been in love with someone you couldn’t actually be with, you know what a painful situation it is.

No matter what the reason is, there’s one thing that’s universal: It sucks.

There comes a point where you just have to take a deep breath and say the things that you’ve been dreading saying out loud. They hurt – but they need to be said.

I didn’t choose to fall in love with you.

It sucks, but it’s true – you can’t always choose who you fall for. You have some influence over how your feelings progress, but only if you catch things early enough to put a stop to them. Once full-fledged feelings develop, it’s really, really hard to get things back on track.

If I could change things, I would.

It’s not your fault.

It’s really tempting to blame the person you fell for, for making you fall for them. Realistically, we know that they didn’t make us fall in love with them – we fell in love with them because of the person they were before we even came along. It’s hard to separate your hurt feelings from the actual blame, so make sure you leave a little distance.

It’s not my fault, either.

If we could just pick who we were in love with, I’m pretty sure cheating, long-term abusive relationships, and self-loathing homophobia/biphobia would all be non-existent. But since all three of these things really do happen, it’s pretty safe to say that who you love isn’t really your fault.

Just because I “shouldn’t”, doesn’t mean that I don’t.

Time and distance are bitches.

In many cases, when we love someone we know we can’t have right then, the problem isn’t really the love itself – it’s the timing or the distance between the people. These two things can make a huge difference on nearly every aspect of your life, and it’s no surprise that our love life always takes a back burner because of them.

Maybe someday, things will be different.

The greatest things about time and distance, as much as they may get in the way sometimes, is that they’re temporary situations. The timing will change – either for better or for worse – and your distance and location can change, too. That doesn’t mean that things will work out in your favor, but it does mean that things aren’t always going to be like this.

But for now, you’re a distraction.

Love can be a major distraction, and sometimes that’s a good thing. But when the person you love isn’t able to be a positive distraction in your life – such as someone to turn to when things are rough, or someone to lean on for support – they might be hurting you more than they’re adding value to your life.

As much as you probably don’t want to let go, you need to. Any relationship (whether romantic, sexual, or platonic) that is bringing you more pain than happiness is not worth hanging onto, no matter how much you think it’s going to hurt to let go. What’s more is that you’re not able to be friends with someone you have feelings for, because your brain will try to position you for the things it thinks are better – which could be disastrous.

But I’ll never forget you.

You can move on from someone without forgetting them, and pretty much anyone you have to consciously decide to move on from is going to make an impact on your life, in one way or another. Just because you’ve decided to let them go doesn’t mean that you aren’t going to think about them in the future. Try to let go before these thoughts turn to ones of resentment – trust me, it’s better to leave things happy.

PrevPreviousHow To Maintain Sexual Desire In A Relationship, According To Science.
Next9 Reasons Summer Is The Best Time Of Year To Be SingleNext