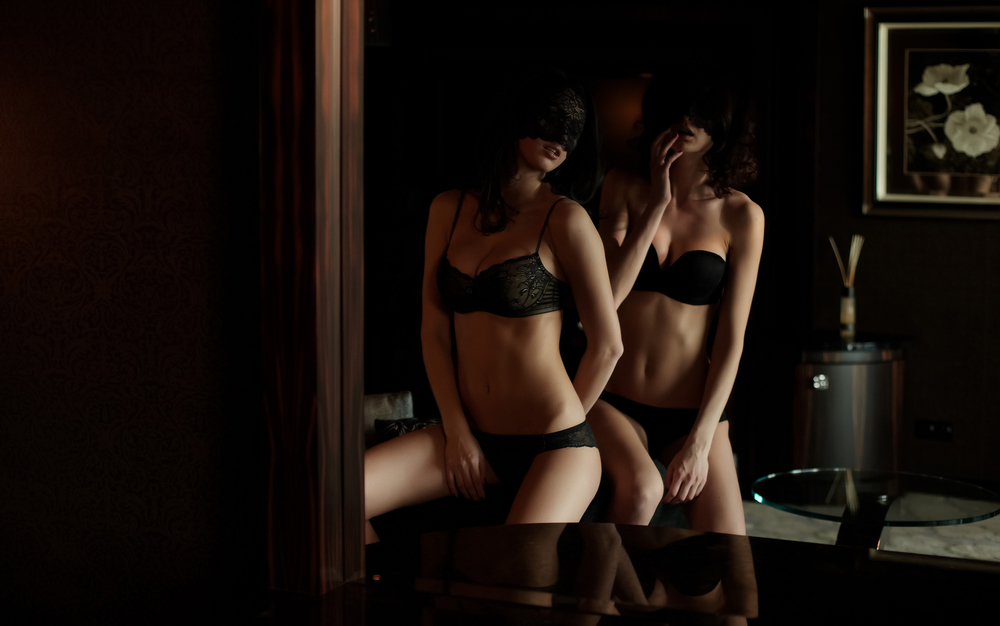 That’s the idea driving Skirt Club, a new lesbian sex club that caters to women who enjoy lesbian sex but who identify as heterosexual (or, if there’s a tiny bit open-minded, bicurious).

Some straight women felt like frauds when they attended lesbian sex parties, because they felt like they were leading on queer women who may have wanted a relationship. Despite their attraction to women – and some Skirt Clubbers say that they’ve been attracted to women for a long time – they identify as staunchly heterosexual, and the idea of dating a woman is inconceivable.

The application process to apply to the Skirt Club is extensive and includes a mandatory ful-body photo. The party founder, Genevieve LeJeune, aims to build a “femme membership” of women, and she has to approve of your appearance before you are allowed access. Wouldn’t want any pesky masculine-of-center women to complicate things, right? Only attractive femme women ages 21-49 are allowed.

The application also includes a space for divulging your career details, and the party comes at a hefty fee of $180 a night. Why? To “weed out women who don’t have high-income careers.”

If you’re keeping track, this party is only for wealthy, young, attractive “straight” women who want to be lesbians for a night.

Is this inherently problematic? No. After all, LeJeune has the right to create any type of party she likes and for any audience. But if the women who attend truly want to explore their sexuality, then they might want to look past this homogenous, self-selective group.