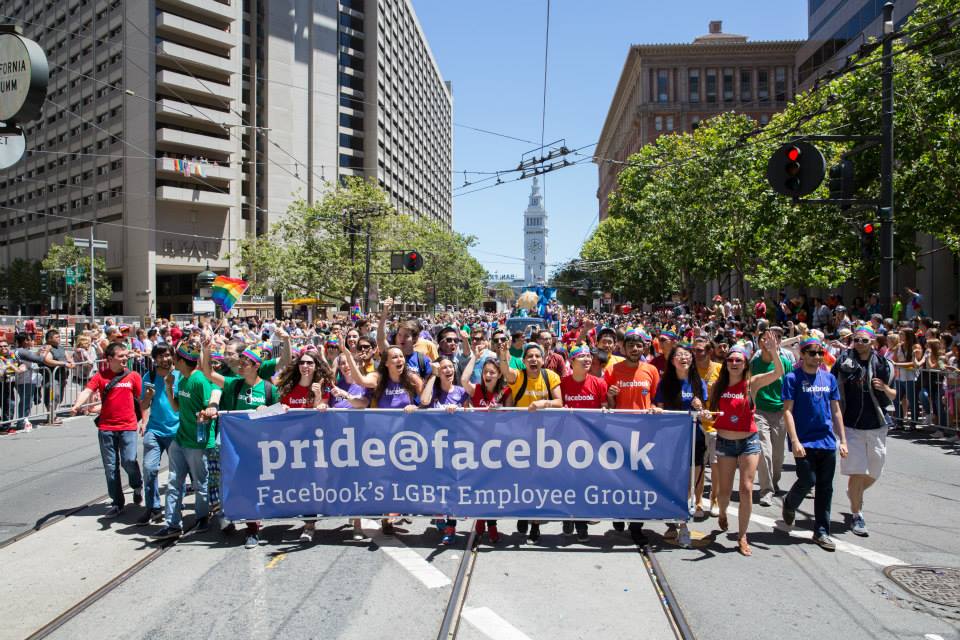 100’s of Facebook employees have joined forces to celebrate and support pride across the world. The Facebook LGBT employee group took part in pride’s in Seattle, London, Dublin, Chicago, SF, and NYC.

Not only this but Facebook also launched new custom gender optionin the UK, to help users better express thier own identity on Facebook.

When you come to Facebook to connect with the people, causes, and organisations you care about, we want you to feel comfortable being your true self. An important part of this is the expression of gender especially when it extends beyond the definitions of just “male” or “female.”

So today – following a successful launch in the US earlier this year – we’re proud to offer the UK a new custom gender option to help you better express your own identity on Facebook.

Earlier this year we collaborated with our Network of Support – a group of leading LGBT advocacy organisations in the US – to offer an extensive list of gender identities. We’ve now teamed up with UK experts Press For Change and Gendered Intelligence to update the list of ways people can choose to describe themselves so it’s relevant to people in the UK.