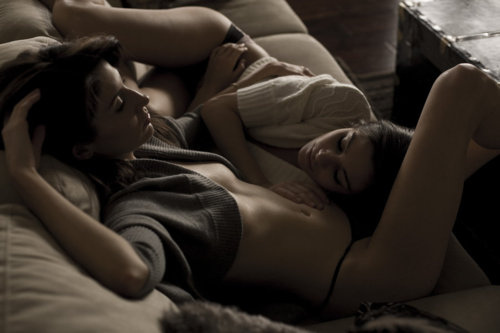 At some point or another, we’ve all faked it in bed.

We’ve faked moans, we’ve faked intensity or maybe we’ve faked the entire orgasm. After all, we don’t want to hurt our partners’ feelings, and making them think that they’re amazing in bed is the best way to spare them. Right? (Wrong.)

According to YourTango, here are the most common reasons queer women fake orgasms:

But think about it. Would you like it if you found out that your partner had been faking it? How would you feel? Probably a little disappointed in them and yourself, and maybe even a bit humiliated. If they had just told you what you were doing wrong, you would have fixed it! After all, sex should be about the pleasure of both people.

Give your partner the same courtesy.

If something just isn’t working, let them know. I know it’s nerve-wracking to be vulnerable. How do you say, “I like you but I don’t like what you’re doing,” when they’ve already seen the most intimate parts of you?

If you’re just not into sex at all that day, then it’s especially hard to communicate, “Don’t take this the wrong way, but I’m not really in the mood anymore.” It might seem easier to just fake it and get it over with.

But if you’re not honest with your partner, your intimacy will suffer. The longer you go without telling them what you want in bed, the more difficult it will become – how do you explain after two years that they’ve never actually made you come?

Being honest, and encouraging honesty in your partner, is the first step to true intimacy.

Now how do you actually go about doing it? Check out Conscious Girlfriend for more information.