I Feel So Broken After Our Break-Up, And NOW She’s Dating a Close Friend 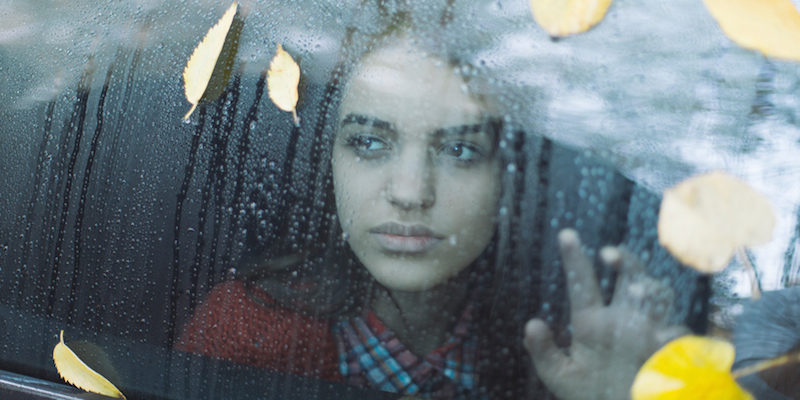 Q: I Feel So Broken After Our Break-Up, And NOW She’s Dating a Close Friend

My girlfriend and me broke up about two months ago, and I was moving on really well until last night. We’re close friends, we still talk, but the night before she finally told me that she and a close friend of mine were dating now and had been for a while. They said they didn’t want to tell me because they were worried I’d be really upset, which I am, naturally.

She told me that she wasn’t ready for a relationship, especially a long distance one, and then she goes off and starts a new long distance relationship with the girl I was going to for help with my heartbreak.

But when I confronted her on this, she told me that she couldn’t have been in a relationship any longer with me anyways because she loved me, but wasn’t in love with me anymore.

I felt everything inside me die then and there and all my hope evaporated. I was and am completely shattered, feeling betrayed, and like I won’t ever be able to trust again. I’ve seriously considered suicide and was an inch away from committing it twice in the last week because the pain is completely destroying me. Every time I think about something sweet she said to me, or the things we did, or the conversations we had, then think about how she’s probably doing that with her new girlfriend, I feel like someone’s branding my heart with a white hot iron. It hurts so freaking badly to know she moved on so quickly when both parties in that relationship know I’m completely ruined.

I’ve accepted it and I want to move on, but I don’t know how to deal with this pain. She and I are still friends (she’s my best friend, actually,) but I get completely shattered really easily whenever she says “we” or something along those lines. I just want the pain to go away. I need help…and soon.

Yikes – your ex dating a close friend is a terrible thing to think about, but it seems to happen a lot in the lesbian community. I have actually had it a few times – and even one ex that seemed to “collect” my other exes to have sex with. It’s kinda gross if you think about it that way, but it’s just a part of life sometimes, particularly if the lesbian population in your area is pretty slim, or if either of them are incredibly shy.

I think one of the things that makes a difference here is whether there was sneakiness, or if anything went on while you two were still together. If there was any overlap whatsoever, or if this friend was talking smack about your girlfriend until you guys broke up, this is not as close of a friend as you thought, and you should probably remove her from your life ASAP.

Even if there isn’t any question of motives or anything like that, you might want to evaluate your friendship with this friend. You can’t really choose who you fall for, but the fact that you were laying your heart out to this person and she went behind your back to pick up your broken/lost pieces is sort of salty. Girl Code states that she should have at least asked for your blessing first. Any time someone says that they didn’t tell you something because they knew you’d be upset, that’s code for “I don’t really care about your feelings, but I feel guilty now and have to unburden myself.”

In this situation, it applies to both of them, because they both kept it a secret from you despite claiming to be friends. Real friends tell you the truth even if you’re not going to like it. Real friends aim to not hurt you if they can avoid it. Real friends are consistent between their words and their actions. Neither of these women sounds like a true friend to me.

I know you’re not going to be happy about this. Breaking up with a BFF can be just as hard as breaking up with a girlfriend – I know. (I made the mistake of dating my best friend once – shall we say ex-best-friend now?) But the best thing to do in your situation is to cut all ties with both of them, if you can. The pain will be there for a while, and you’ll need to take time to rebuild yourself, but neither of them deserves a place in your heart right now.

I know this pain is rough, but I believe that it’s your body’s way of telling you what your heart already knows: These people are not good for your life. It doesn’t mean they’re bad people, necessarily, but they are not right for you. It’s okay to make the decision to step away.