Should I Feel Guilty for Not Being Out to Someone Who Is Out to Me? | We Answer Your Questions 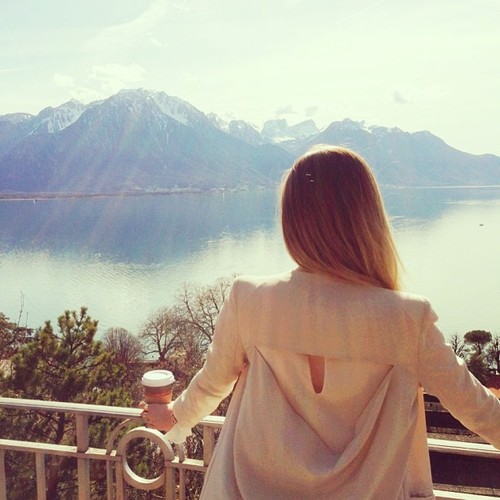 Q: Should I Feel Guilty for Not Being Out to Someone Who Is Out to Me?

I’m not out to anyone at work, but I have a co-worker who is and she’s very open about her sexuality with me.

I’m not sure whether she is this open with other people, or she suspects something and is trying to connect with me or make me feel like it’s okay to be out.

She (much older, and we’re not that close but in the same team) will frequently mention her girlfriend and their relationship, has linked me to company diversity support groups via email, and shared some of her coming out/lesbian experiences in casual chats – things that I can all relate to!

It’s nice that she shares, but I feel bad because I’m not being authentic and genuine with her. I’ve been at the company for almost two years, but I’m not sure I’m ready to be out at work yet!

I feel really stuck, and not sure how to move forward.

Q: Hello, reader! The topic of whether or not to be out at work is one that has a million reasons for and against it. I can completely sympathize with your not being ready to come out in a professional setting – in the majority of my past jobs, I wasn’t out to most of my coworkers or bosses. It’s a personal choice whether to come out or not, and there’s an often overlooked third category: To selectively come out.

To me, it sounds like your coworker is urging you to come out. Of course, it could just be that she’s “openly gay” and thinks that you’re accepting, because you haven’t alienated her for the things she’s shared, but more likely, you’ve got her “gaydar” going off and she wants you to know that it’s okay.

Her experiences (both through being out-and-proud, as well as her more advanced age) would make her the perfect person to come out to if you wish to be a little less invisible at work. Even though I have a policy to not come out at my jobs, it is always nice to have one or two coworkers who you can be yourself around. Your coworker seems to be volunteering for this honor.

If you do come out to her, you should mention to her that you’re only coming out to her because you feel comfortable with her, but you would rather not be out in the open with everyone else. Most likely, she will understand and respect this, but there is also the possibility that she won’t. Sometimes, people are simply unable to keep others’ business private (I actually just finished responding to another reader who was having that problem).

I would assume that, as an older lesbian, she would fall in the first category. You may find that having a friend at work who does know your sexuality can be freeing. Even if you never speak of it after you confess, you’ll have the reassurance of knowing that you have her support.

Further, as she is an out lesbian after all, it makes me wonder why you are so concerned about coming out at work. In the past, many of my jobs have put me without any “out” coworkers – and therefore I was left to wonder if the company would take actions against me if I were to be honest. Certainly, in some cases where I did have openly gay coworkers, I still had other coworkers who tried to take actions against me once they found out I was gay. (One girl in particular comes to mind; she was offended when she found out I was gay, because she assumed I wanted to see her naked… Then she was offended a second time when I told her she wasn’t my type. You can’t win with some people.)

Reader, I urge you to allow this older woman to help guide you. Whether you choose to come out to anyone else (or even her initially) is completely a matter of personal opinion, but she seems to be insistently offering you a helping hand – why not follow her implied advice?

In regards to whether you should feel guilty, though, definitely not. No one can (or at least should) ever force you to come out of the closet. It’s a deeply personal decision and there is no rule anywhere that says you have to be out. Some people never come out, even to their family or friends! Certainly the more honest you are about yourself, the more self-confidence you will find, but if you are content to remain in the closet, you shouldn’t let anyone pressure you. It’s your life, and you’re the only person you need to make happy.