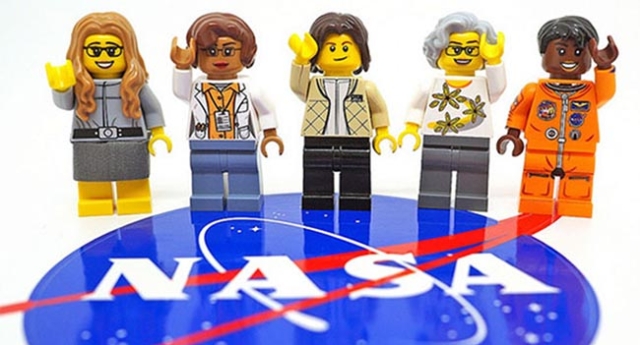 LEGO has unveiled a set of five new figurines that honour female pioneers of the American space program.

The five figurines, based on real female scientists, engineers and astronauts, from a design created by science writer Maia Weinstock, who won the LEGO Ideas competition.

One of the figurines is of the late astronaut Sally Ride, the first American woman in space, who died in 2012 and officially came out in her obituary.

Thrilled to finally share: @LegoNASAWomen has passed the @LEGOIdeas Review and will soon be a real LEGO set! https://t.co/rcyjANsVD9 pic.twitter.com/b9OVx5UBaL

Ride came out as a lesbian in her obituary after she died in 2012. The astronaut reportedly kept her sexuality under wraps out of fear that it would negatively impact her career.

This project is dedicated to the memory of Sally Ride, who tirelessly encouraged children to "reach for the stars." pic.twitter.com/ZaIRGaacDh

Weinstock said she included Rise in her designs because of her contributions towards science and space travel.

What Ride did to support women and girls in the STEM fields is remarkable. I knew I wanted to include her because she’s already fairly famous, so that would help the set gain some traction, but also because of all of the work she’s done post-NASA, to encourage young people to go into science and [engineering].”

Young girls need to see role models in whatever careers they may choose, just so they can picture themselves doing those jobs someday. You can’t be what you can’t see.”

Ride was awarded a posthumous Presidential Medal of Freedom by President Barack Obama.

Obama said when announcing her selection.

We remember Sally Ride not just as a national hero, but as a role model to generations of young women. Sally inspired us to reach for the stars, and she advocated for a greater focus on the science, technology, engineering and math that would help us get there. Sally showed us that there are no limits to what we can achieve.”