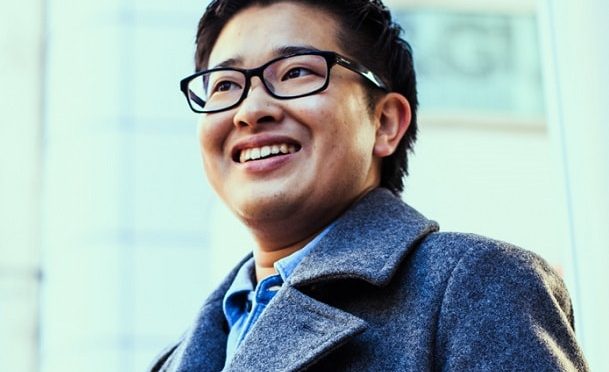 Tomoya Hosoda, a 25 year-old medicine graduate, is the first trans man to be elected into public office in Japan.

He has been elected as a councillor for the city of Iruma, in the region of Kanto, by winning 21 out of 22 seats.

Hosoda is not the first trans politician to be elected in Japan. In 2003, Kamikawa Aya was the trans woman who was elected as a municipal official in Tokyo. As for the global state of affairs, New Zealand was the first country to have a trans member in its parliament elected in 1999, Georgina Beyer.

Hosoda is a very accomplished man. In just 25 he has finished his studies in medical sciences at the Teikyo University, during which he also came out as trans, and he has also been active for a while in the political world. While he was studying he also worked to lower STI rates in Japan, raise visibility of trans issues and, from his position, he wishes to advocate for the rights of LGBTQ, elderly and disabled people. This is what he told Stonewall Japan, an LGBTQ support organization in Japan.

Until recently, people have acted as if sexual and gender minorities do not exist,” he said. “We have many hurdles to overcome, but I hope to live up to everyone’s expectations.

For me, coming out is just the starting line. It is now time to build a foundation for the people who need to move forward. Some walls can not be overcome by one person. We have to work together, and help each other out.”

Hosoda also took part in the Out in Japan Campaign, an initiative to raise awareness and visibility for the lives of non-straight and trans people in Japan.

He speaks about his coming out and transition process, as well as about the election process, thanking his family and friends for their support through all of it.

My parents, friends, colleagues and old schoolmates support me. While there were so many troubles, a lot of suffering, we can move forward one step at a time.

The more we meet people, the narrow-minded way of thinking will expand.”

Hosoda says he’s received a lot of support and validation from the members of the LGBTQ community since he announced that he would run as a candidate.