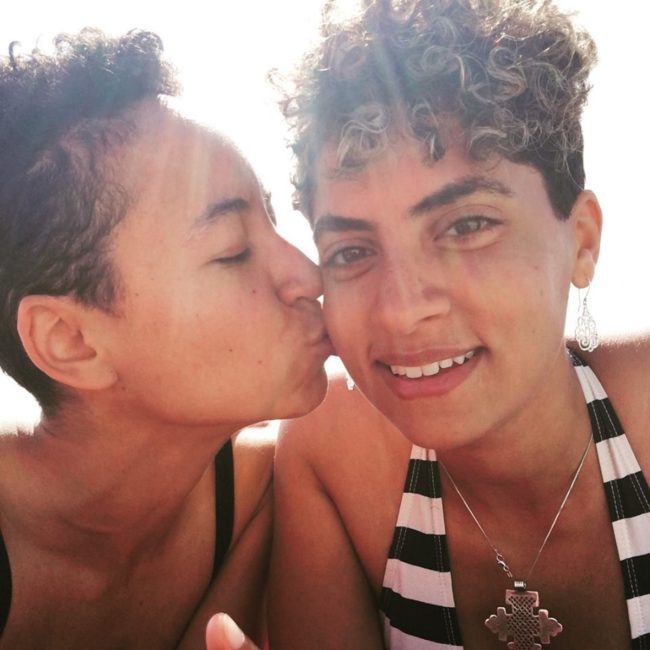 A two minutes video circulated on social media a few days ago with the opening statement ‘Hi…I’m most hated lesbian in Egypt’.

The message came from a young Egyptian woman named Dalia Al-Faghal, who recently publicly came out as a lesbian on Facebook.

Last month, Al-Faghal – who was born and raised in Saudi Arabia to Egyptian parent – posted to Facebook about coming out to her father as a lesbian, providing screen shots of his supportive comments, and a picture of her with her girlfriend.

Al-Faghal wanted to show the public how proud she was of his acceptance, however her loving post was met with an unprecedented wave of attacks and hate comments.

She has received violent backlash from some social media users who saw her sexual orientation as a violation of the conservative Egyptian society and its Islamic ideals.

She was verbally attacked, compared to animals and told she was causing the apocalypse and should be stoned.

Her dad was sent death threats, her privacy was invaded and details of her personal life were disseminated.

While homosexuality is not illegal in Egypt, according to The Guardian, police routinely arrest individuals based on decades-old prostitution and debauchery laws.

According to media reports from earlier this year, Egyptian police have even been targeting gay men through hookup apps like Grindr.

Despite the hate, the trailblazer, who lives in San Francisco, is trying to focus on the positives.

I used to be a kid who was raised in Saudi Arabia. Now that I am all queer, head to toe, in f***en SF – that is a hell damn miracle to me”.