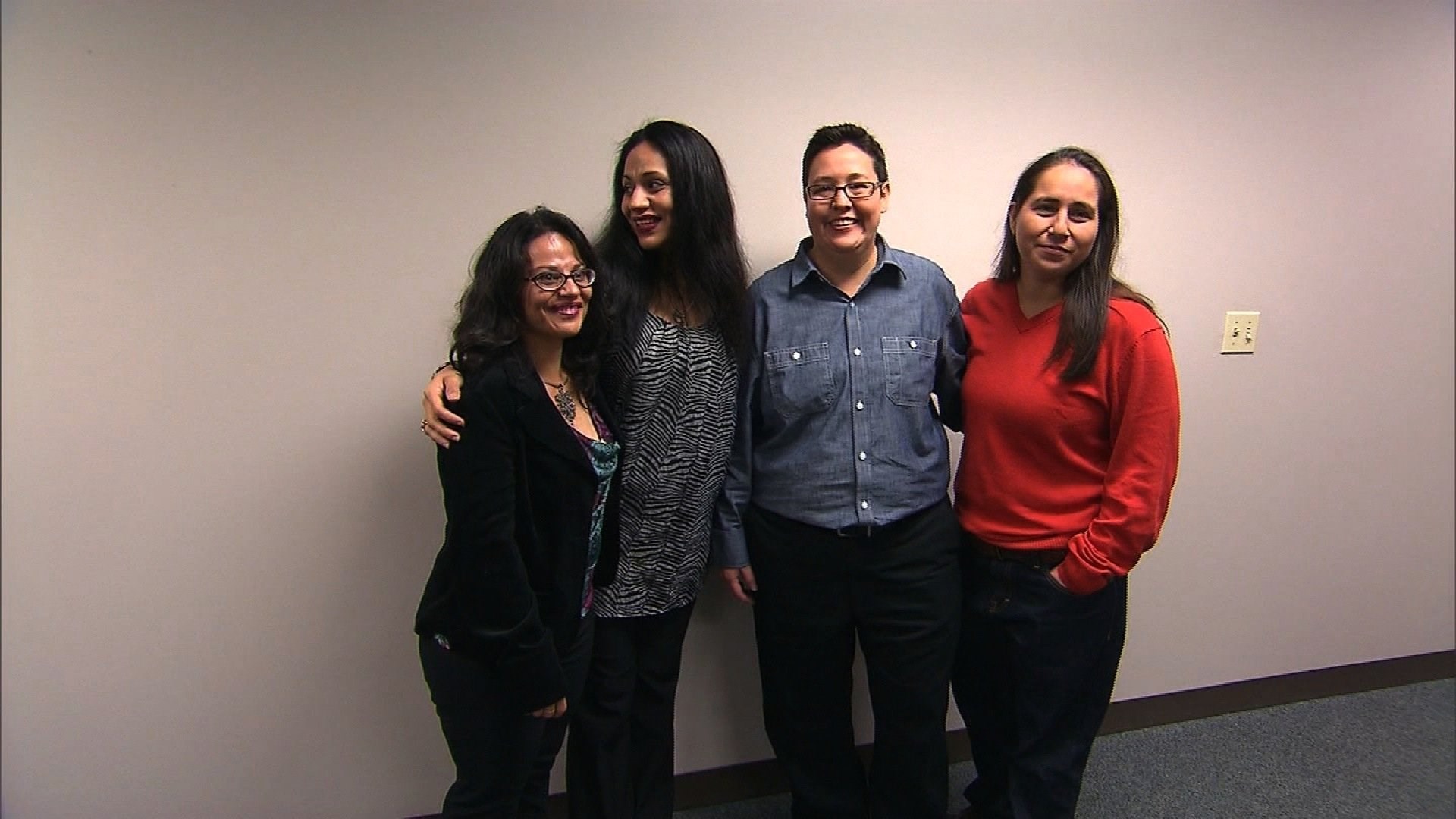 They had recently come out as lesbians and prosecutors used their sexuality as a motive.

The women refused plea deals and took the rare step of testifying in their defence to say they had done no wrong.

After years of fighting to clear their names, the state’s highest court exonerated them.

The ruling overturns their convictions, prevents further prosecutions and paves the way for the women to potentially seek millions of dollars in compensation from the state

Cassandra told The Guardian after learning the news earlier this week.

It means everything to me, to my family. I have a son and a daughter and I do not want them living with the fact that I had been charged with a crime I did not commit, especially one such as child molestation.

I have so much to be thankful for already because I have my children back in my life, I have a beautiful family that has always been supportive. I’m thankful [for] every day that I’m given because I was taken from them for 14 years so when I got this news this morning it’s like ‘wow, this year we’re going to have a beautiful Thanksgiving because we have so much more to be thankful for.”

The arrests came after Elizabeths nieces’, who were just seven and nine at the time, accused the four women of rape while they were staying at their Aunt’s apartment for a week.

Elizabeth, who was five months pregnant at the time of her arrest, had enlisted her friends to help look after the girls that week as they all worked long, alternating shifts and she wanted someone to be at the house to look after them at all times. It was around this time Elizabeth had been rejecting advances from her niece’s father, Javier Limon, the ex-partner of Elizabeth’s sister, Rosemary.

The children told Javier’s mother, Serafina, of the alleged abuse who then alerted authorities.

When the case went to trial the girls testified “after several carefree days at Elizabeth’s apartment, her aunt called her into the bedroom one afternoon and began shouting at her. The women had been drinking tequila and were topless,” the elder of the sisters said.

“There were ‘liquids and powders and different things.’ There were syringes and vials of white powder. The women held her down and started kissing her and putting cold ‘liquid stuff’ inside her, and then they inserted a tampon into her vagina, she testified. Aunt Liz produced a gun. Her father Javier called, and as the older daughter assured him that everything at Aunt Liz’s house was going just fine, her aunt held the gun to her head,” The Texas Observer reported.

Elizabeth’s trial was separate from her friends and held a full year before in 1997. The jury found her guilty and she was sentenced to 37 and a half years in prison. Elizabeth had to give up her son who was just two years old at the time.

When Cassandra, who was a mother to two young kids at the time, Kristie and Anna were tried a year later, they received 15 years in prison a piece.

Despite efforts over the years to appeal the case, and letters sent to various Innocence projects around the country and even to Oprah, no one was willing to re-examine the evidence and take it back to court. That is until Canadian man, Darrell Otto, took an interest in the case.

Darrell began corresponding with Elizabeth when he found some inconsistencies in her case, he then contacted the National Centre for Reason and Justice and his claims ended up in the hands of journalist, Debbie Nathan who often looks into cases for the organisation.

Debbie looked through the notes from the physical examination conducted by Dr. Nancy Kellogg at the time and saw she had written, “this could be satanic-related”, noting that was probably the last time a physician had labelled anything as ‘satanic’.

Also in the notes were descriptions of scars on the girls’ hymens, something Debbie said, “good pediatrician’s knew had been discredited” by the time the trial took place in 1997.

Debbie brought the case to the Innocence Project of Texas where lawyer Mike Ware agreed to represent the women.

The case caught the eye of Michelle Mondo, a journalist for the San-Antonio Express News. The coverage prompted the first break through in the case – Stephanie Limon, the younger of Elizabeth’s nieces’ decided to recant her accusation.

I remember everything [Javier] coached me to say, as well as my grandmother. I’m sorry it has taken this long for me to know what truly happened,” “You must understand I was threatened, and I was told that if I did tell the truth that I would end up in prison, taken away, and even get my ass beat.

I will make things right, and I am sorry for everything I put you through. I was only 7, and I was scared.”

As evidence mounted supporting the women’s innocence, Elizabeth, Cassandra and Kristie were granted bail in 2013, and Anna was paroled in 2012.

It couldn’t be more clear that they are acknowledging and declaring that these women are factually and legally innocent and that’s obviously what we have been fighting and struggling for.”