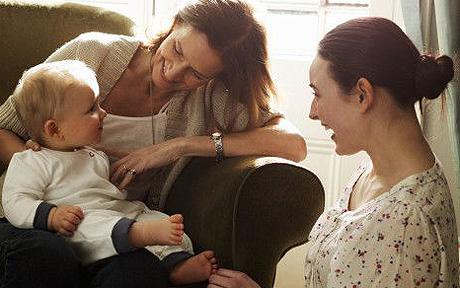 Four married lesbian couples expecting children have filed a lawsuit in Tennessee seeking to overturn a new state law that critics say could deny rights to same-sex couples by requiring strict adherence to terms such as “husband.” 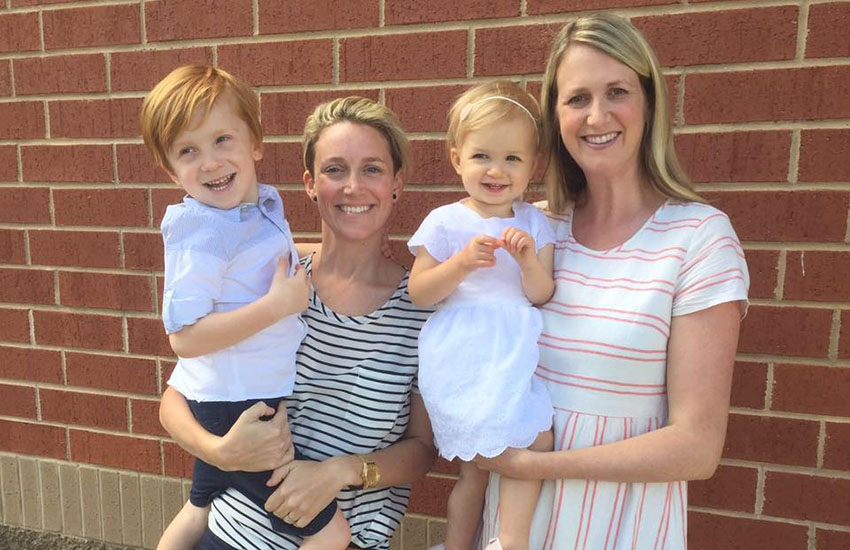 The law requires other statutes in the state to be interpreted by their “natural and ordinary meaning”.

While it does not explicitly single out LGBTQ people for discrimination, the bill has largely been billed as an attempt to prevent judges from interpreting words with gender-specific meanings — such as “husband,” “wife,” “mother,” and “father” — to mean the same thing as a gender-neutral term like “spouse” or “parent.”

In response to the law’s passage, the four couples, each of whom have conceived a child using a sperm donor, filed suit, arguing that Tennessee’s “presumption of parentage” statute — where a man who is not the biological father of, but is married to the mother of a child is recognized as the child’s father for legal purposes — does not guarantee the same rights to non-biological lesbian mothers.

The lawsuit was filed by attorney Julie Tate-Keith, who is representing Charitey and Heather Mackenzie (pictured above), Crystal Dawn and Terra Mears, Elizabeth and Heather Broadaway, and Kathrine and Emilie Guthrie.

Tate-Keith argues that the new law violates equal rights and due process protections in both the U.S. and Tennessee constitutions, and asks the court to issue an order declaring that any spouse, regardless of gender, of a pregnant women should be recognized as the legal parent of the child they raise together.

The Supreme Court said that gay people could get married. If that’s to be meaningful, then same-sex couples have to be treated the same way that opposite-sex couples are, and that means parentage just like anyone else.”

But Haslam insisted when he was signing the bill that people were reading too much into the bill, arguing that it does nothing to change or alter the Supreme Court’s ruling on marriage equality.

The bill’s sponsor, Sen. John Stevens (R-Huntingdon), told the Chattanooga Times Free Press that he has “no idea” if his bill would infringe on the marital or parental rights of same-sex couples, but simply wants undefined words in Tennessee’s code to mean what legislators understood them to mean when they were drafting a law.

Chris Sanders, the executive director of the Tennessee Equality Project, notes that the Attorney General has pointed out several ambiguous terms and areas where applying “natural and ordinary” meaning to terms could cause problems for LGBTQ families.

He and his organization have termed the bill the “LGBT Erasure Bill” because of its deliberate attempt to force judges and government officials to discount the existence of families headed by same-sex couples when interpreting or enforcing laws related to marriage, adoption, or child custody.

With 95 counties, and elected judges that serve them all, there’s just too much risk. We think it’s better to err on the side of caution, and we hope this lawsuit is successful. We don’t really want to wait around to see what negative effects it might have.”