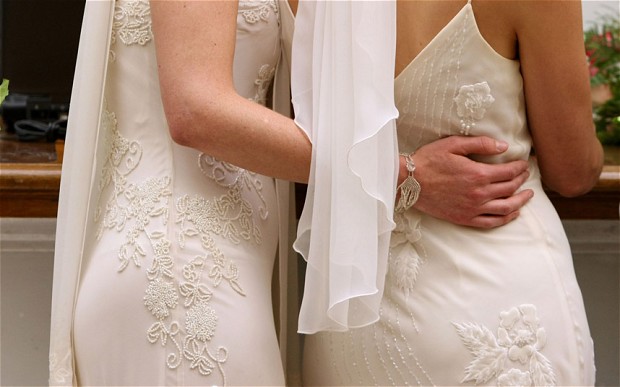 The day after Trump was elected, what did you do? Some people protested. Some peopled headed straight to a bar.

Many gay people hurried to get married.

Trump told 60 Minutes that he was “fine” with same-sex marriage, and that the 2015 Supreme Court case Obergefell v. Hodges, which ruled that gay marriage is constitutional, means that the debate is “settled.” But that hasn’t stopped thousands of couples from rushing to tie the knot, according to The New York Times. Needless to say, Trump’s pro-conversion therapy Vice President and largely anti-gay cabinet have not soothed any nerves.

Concerned for LGBT couples, a woman named Mitzie Whelan started the website LoveTrumpsHate.com. The website lists bakeries, photographers, musicians, planners, officiants, florists and even henna artists willing to donate their services to LGBT couples in a hurry to get married before Inauguration Day.

The services are available in twenty-six states, approximately half of which voted Republican in 2016. The services include a floral designer in Alaska, a Wiccan minister in Colorado, a bakery called Hippie Chick in New Hampshire, an officiant offering free hugs, a gown donor in that will ship anywhere, and secular and religious officiants all over the country.

In light of recent events, we understand that people are scared about our uncertain future as a country. We still believe that love will prevail, but things are looking a little bleak right now. With new leaders that have threatened to set the country back 50 years, we want to do everything we can to help anyone exercise their right to love, be themselves, and be free. Money shouldn’t get in the way of that, especially when so much could be at stake in so little time. This site was created to bring lovers of love together, and be a light to a lot of people who are only seeing darkness right now.

If you and your girlfriend are hurrying to get married before January 2017, head over to LoveTrumpsHate.com and start planning! (Perhaps use the free planner in Minnesota.)