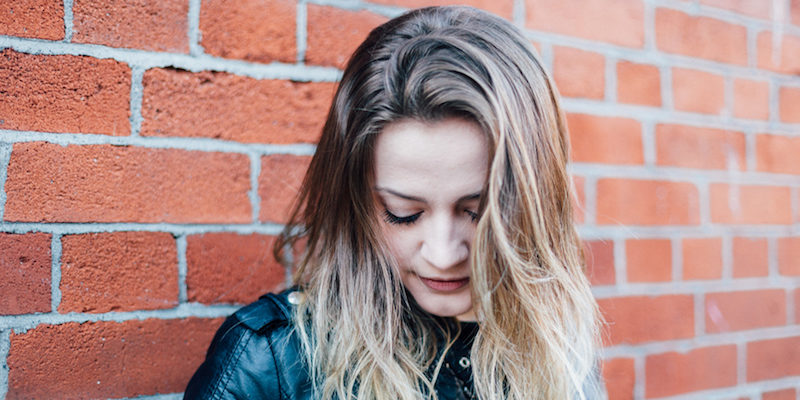 One of my friends doesn’t think I’m gay enough. For a long time she has seen me as straight. I corrected her on this, but because of my appearance and the fact I dated men, she still won’t accept I’m really gay.

We hang out most weekends with mutual friends, and I catch her staring at me all the time, but I can’t work out if this is an attraction or hostility. She is constantly joking about my sexuality, and doesn’t seem to take me serious.

I don’t know why she is targeting me. We once had a fantastic night together, talking, dancing, and getting along great, but the next time I saw her, she was back to her judging self.

I am gay and I date women exclusively now. This is not a phase, but because I have not been an out lesbian all my life, and don’t look the part – my lesbian status is flawed.

Why can’t she accept me?

Well, reader, I hate to be the one to tell you this, but… She’s not a friend of yours. She might say she is (and she might even think she is) but we accept our real friends. Everyone else is just an acquaintance we’re fond of.

Unfortunately, there are a lot of people who are not accepting of lesbians who have not always identified as lesbians – despite the fact that we make up a large portion of the gay community. (I’d like to say more than half, but I don’t have any specific statistics with me – this is just a thought based on my circle of friends.)

It’s possible that she’s attracted to you, but doesn’t want to let herself be attracted to you. There are a lot of lesbians who refuse to date bisexual women, so by labeling you as bisexual in her mind, she’s “banning” herself from having feelings for you. It’s tough to understand why someone might do this, but it is a form of discrimination. It’s OK to have preferences, but lying about your preferences (which this is) in order to excuse yourself from being a fair person is definitely not OK.

Another possibility is that she doesn’t believe that your sexuality has changed. While it’s important that you realize that she is not allowed to identify for you, it can be difficult to convince others of this. I personally think you shouldn’t worry too much about what she thinks of your sexuality – like I said before, she’s not really a friend if she doesn’t accept your own identity.

Let me put this another way. Let’s pretend you are a doctor. But in her mind, she sees you as a waitress, because you used to be a waitress – before you found out that the medical industry was your true calling. She has it decided that you’re a waitress, and she doesn’t date waitresses. So she taunts you relentlessly and calls you a waitress despite your insistence that you’re a doctor now.

Doesn’t make a lot of sense that way, does it? Especially once you factor in that your profession is a choice, and your sexuality is not.

My advice to you is drop this friend. If she feels the need to treat you like the person you know you are, then welcome her back into your life – but if she keeps disrespecting you and belittling your identity because you didn’t figure it out when you were a child, you don’t need her.