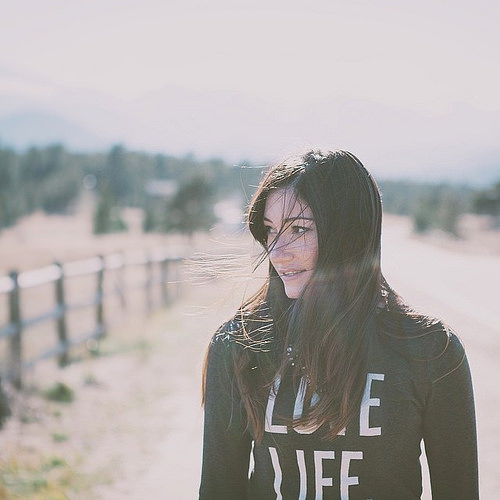 One in four women will be subject to sexual violence in her lifetime – but that doesn’t mean you have to stay in it.

When I was a teenager, I was a victim of sexual assault. My attacker was someone I had known for most of my life, as is the situation with many sexual assault cases. I choose not to get into the specifics of that particular experience in my life, but instead I would like to share with you some of the ways to move past the “victim” mindset and move into the “survivor” mentality.

First and foremost, if you are experiencing sexual assault (or any type of violence), you need to understand that it is not your fault. Your attacker may place the blame on you, but it is important that you know this is not true.

It doesn’t matter what you were wearing.

It doesn’t matter if you were attracted to the person.

It doesn’t matter if you had said “yes” to them previously, and changed your mind.

In some instances, the perpetrator of sexual violence may use “sexual pressure”. This represents a grey area, because no physical force was used – but they may continually push the issue until you give in. It’s important that you stand your ground. No means no, it doesn’t mean “ask again later”.

It’s not your fault.

Often, in any type of assault scenario, the perpetrator will place the blame on the victim. It’s important to understand that this is a manipulation tactic used to keep you from getting help. It is not your fault, no matter what the person says.

If you end up pressing charges, the people who are fighting the case will do everything in their power to convince you that it was your fault as well. This isn’t necessarily because they don’t believe you. But sexual assault is a serious accusation, and the ability to claim sexual assault when it may have simply been someone who regretted their decision to have sex with that person is very real. They need to be 100% certain that you were, in fact, abused.

There is no excuse for sexual assault.

Many perpetrators argue that the victim “made” them perform the assault, whether they aroused them and didn’t follow through, or they were dressed provocatively, or anything, really. It’s important that you know that sexual frustration does not lead to sexual assault on its own. Sexual assault is not sex – it’s violence.

Regardless of how you choose to dress or how you choose to present yourself, no one has rights over your body except you – even if you’re married or otherwise committed. If someone is forcing themselves on you, there is no scenario in which you “deserve” it.

You are not alone.

As many as one in four people experience some type of sexual assault in their lifetime. Honestly, that’s a scary fact – it means, chances are, in your inner circle of friends, at least one of you either has been attacked or will be attacked in the future.

As scary as this can be for those who have not experienced sexual assault in their lifetime, it is actually a benefit to those who have. This means that you will be able to find someone who has been through it and can offer you their advice. (If you are unable to find someone, I am always available to talk to. Feel free to submit your contact information to the KitschMix website and I will do my best to personally answer you. You should never feel that you are alone in this.)

There are ways you can protect yourself.

While of course we hope that you never need to protect yourself, there are things you can do to help prevent it. Many of them are considered “common knowledge”, yet women may think that they don’t need to exercise these cautions if they are only around people they know and trust. This is not necessarily true, as most acts of violence are committed by someone you trust – you are more likely to have your guard up if you are around people you don’t know and trust.

Since my assault, I rarely leave the house without personal protective devices, such as a knife and pepper spray. Be sure to check your local laws, as even in cases of self-defense, you can get in trouble if you are carrying something that is not legal in your area.

An inability to protect yourself does not mean you are weak, or that you secretly wanted it.

In my situation, the person who initiated the assault told me, flat-out, “It doesn’t matter what you say, because I’m stronger than you.” But, in order to move past the trauma, you will need to regain your ability to feel strong. That doesn’t mean that you were weak in the beginning. It simply means that the other person was able to take advantage of a vulnerability.

Another argument that is often used is that “the body has ways of stopping these things”. This is not necessarily true. Your attacker may try to put it in your mind that you must have wanted it or you would have not let it happen. The truth is, we can have our vulnerabilities exploited, which results in the attacker winning. This doesn’t mean that there’s anything wrong with you.

Yes, it can still be sexual assault if the perpetrator is female.

There’s this myth that women can’t be rapists – and it’s important that you realize that is entirely untrue. Any sexual conduct that is forced on you is rape, whether the perpetrator was a man or a woman. There have been cases reported where a man is taken advantage of by a woman – but these don’t get as much attention because there’s this misconception that “women can’t rape”. A woman can most certainly rape a man or another woman, even if there was no penetration involved, from either party.

You have the right to seek help.

Unfortunately, in many instances, nothing can be done about sexual assault, as the victim will feel that they are unable to seek help until long after any evidence is gone. Generally speaking, in instances of a man sexually assaulting a woman, there is about a 48-hour window in which you can have a “rape kit” performed, and yield accurate results. In instances where the perpetrator is a female, your window may be even smaller, so it’s important that you act as soon as possible.

In my personal experience, I wasn’t ready to tell anyone what happened until almost a year later. Obviously, this was too late to prosecute the person who assaulted me. However, I was able to open up to a police officer and make a report against the person – and found out that it wasn’t his first offense. If a report is filed, the authorities are more likely to take future accusations seriously, and while you may never get your own justice, you could be helping to save someone else.

If the person who is (or was) performing the sexual assault on you is a friend, family, or lover – you have the right to terminate the relationship. You don’t owe them an explanation. They don’t deserve to be in your life if they can’t treat you with respect.

No person who truly loves you would put you through the trauma of sexual assault, even if you are married or committed to them. If they loved you, they wouldn’t have done it, and they wouldn’t even consider doing it. There is no such thing as a basic animal instinct that prevents us from knowing right from wrong.

You are not doomed to be “a victim” for the rest of your life.

Certainly, there will be a period of time where you feel that you have had a piece of yourself stolen from you. This is a completely natural response to a traumatic situation. However, you don’t have to live in that place for the rest of your life – you can move forward and regain control of your life.

One of the first steps you’ll need to do in order to stop being a “victim” and start being a “survivor” is to talk to someone about it. Trust me, I know it can be hard, especially if the trauma is still fresh – but the sooner you tell someone, the more likely they can help you. I waited to tell, and the problem continued for months – causing further agony. If I had spoken up sooner, someone could have helped me put a stop to it.

If you have been assaulted…

I invite you to share your story with me. If you would prefer to remain anonymous, you can submit an anonymous comment on this page and I will personally respond to it. I have been through this and I know how hard it can be. But you are beautiful, you are loved, and you deserve to be a Survivor.