What Does The Future Look Like Queer Female Characters In TV And Film? 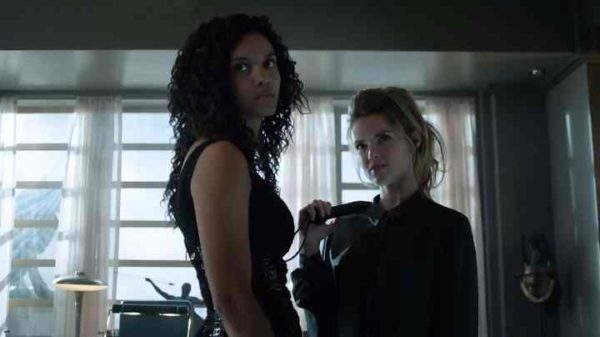 Queer female characters have been appearing on our screens for at least 15 years and the progress up to this point has changed dramatically. For example, around 15 years ago gay female characters were only given bit parts in TV, they were very rare in films and if they did appear it was usually in independent films.

Then, a few years on, as queer female characters began to appear more often, they were given roles that played up to male fantasy or the roles were quite negative. They were the sexy femme fatale characters that would be cat-burglars or sexy spies. Or they would be a bisexual bunny boiler out to take revenge or ruin some poor innocent’s life. If the queer females were a couple most would be trying for a baby. In films they were always the ‘quirky’ one or a bit ‘whacky.’

Next came Hollywood’s interest in teens and young adults struggling with their sexual orientation. Many T.V shows that were aimed at young adults would have a main character who was struggling with their confusion over an attraction to someone of the same sex. They would all go through the same sort of crisis, identifying their feelings, acting upon them to then coming out to family and friends and the aftermath of that.

GLAAD’s 2015-2016 Where Are We on TV report discovered that queer women make up 2% of TV characters. Somewhere between 1.5-8.8% of women globally identify as non-heterosexual, the average is probably close to 2%. Additionally, only about 1.5% of women at any time are actually in a same-sex relationship. GLAAD’s 2016 Studio Responsibility Index reported that 17.5% of major studio releases had queer characters.

So, how will they progress in the future, given the firm trends that film and TV appear to follow? It will probably continue to be the same as it is now, but, the problem is that many showrunners, scriptwriters and producers are heterosexual and it doesn’t even occur to them to have lesbian or queer females in leading roles.

It’s probably likely that we will see a few great lesbian pairings, a couple of strong queer females in diverse roles and an unusually high death rate for queer female characters over the next decade or so. But, again, that will depend on what starts to trend across TV and film studios. It will be interesting to see if the GLAAD reports will increase or decrease in figures of gay female characters and we can hope that a few more all queer female TV shows come our way. It’s a funny old world, showbiz.

1 thought on “What Does The Future Look Like Queer Female Characters In TV And Film?”

PrevPreviousIt’s Official, Ruby Rose And The Veronicas’ Jess Origliasso Are Dating
Next‘Life is Strange’ Is a Groundbreaking Queer Adventure GameNext