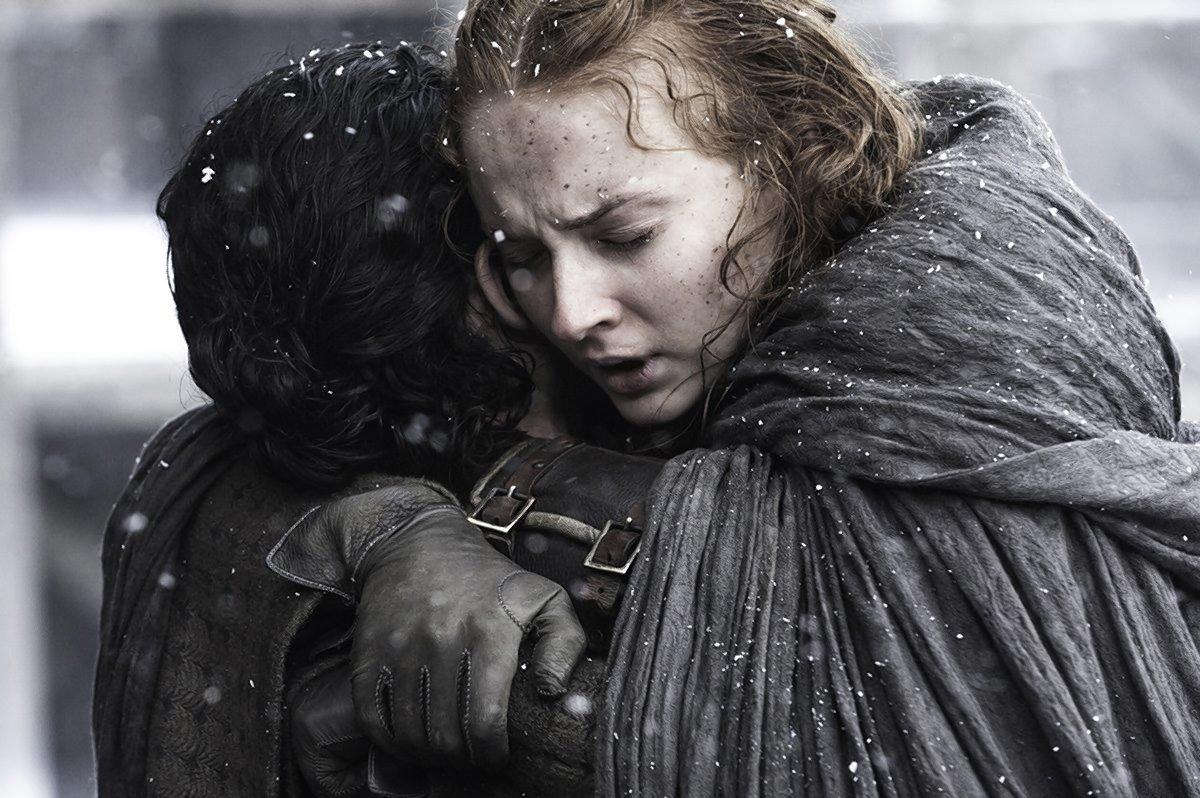 First she was engaged to brutal Prince Joffrey before his ascension to the throne, then forced into a loveless marriage with Tyrion Lannister. More recently, she shared a kiss with the manipulative Lord Petyr Baelish who then almost immediately married her off to Ramsay Bolton, arguably the biggest psychopath on “Thrones” to date.

So who does actress Sophie Turner think her character should end up with now?

Talking to Entertainment Weekly, Turner had this to say.

In the GoT universe, I think she’s going to have to swing the other way – because the men thing isn’t working for her. Judging by Sansa’s relationship with Margaery … probably Margaery.”

The ladies did get along pretty well back in season three while they were both living in King’s Landing — maybe love was in the air.

But the current queen shouldn’t be the only female conquest on Sansa’s radar, Turner said, adding her kid sister to the list of potential love interests.

Or [Sansa could hook up with] Arya — because I’d like to see that happen. I’d love a love scene between Arya and Sansa.”

Don’t worry though, incest is apparently totally fine in “Game of Thrones” anyway.