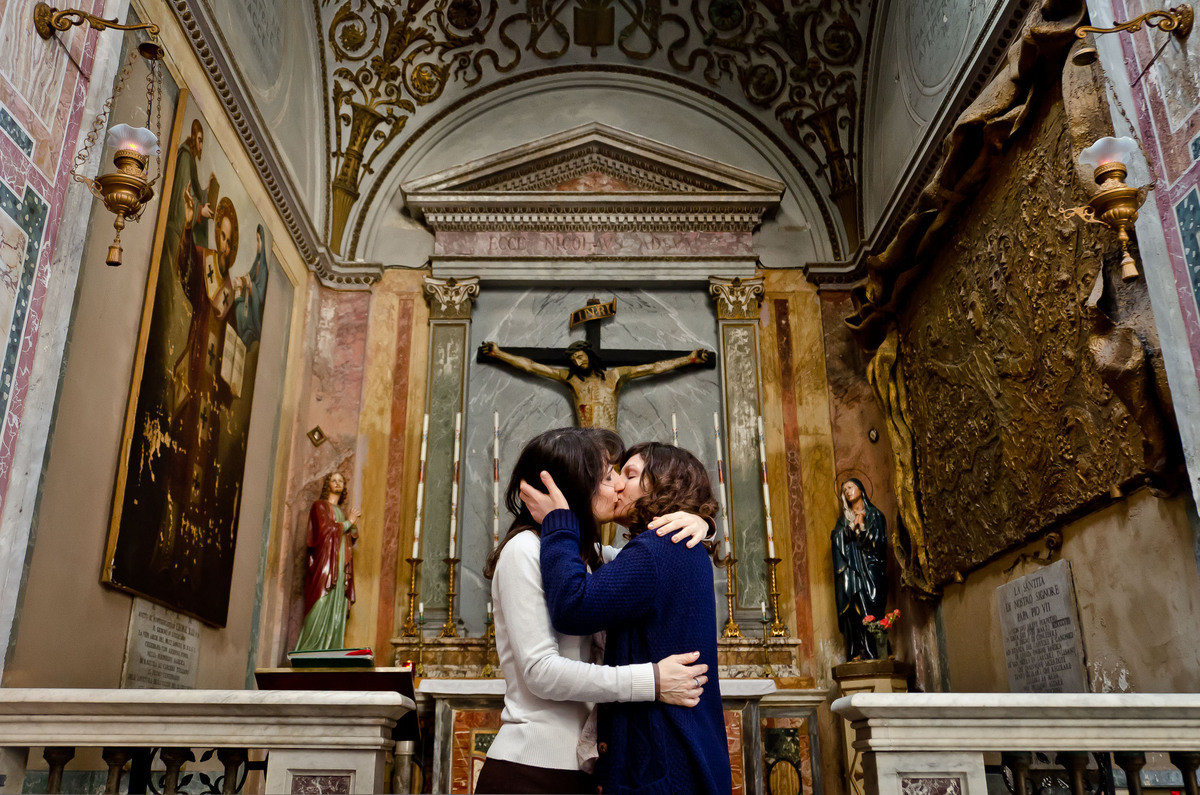 Originally scheduled to show in Rome in 2013, Si, quiero was prevented from being displayed when the Vatican threatened legal action send an injunction and cease and desist letter to the “Opera” gallery in Rome, to shut down the show. Despite the Pope’s openness to tolerance and acceptance of the differences in people’s alternative lifestyles, some things are still too hot for the Church of Rome, which is the reaction Orquin received when depicting gay couples kissing.

However, this has not stopped the work being displayed by other. Leslie-Lohman Museum of Gay and Lesbian Art is currently featuring the photos.

This was a very simple decision for us. We heard that the work, these lovely images of people kissing in beautiful settings, was being denied access and we wanted to do something about it. In part, it is why this Museum exists. We offer opportunities to show work that others won’t, particularly work that speaks to the gay and lesbian community. These photographs present same-sex couples displaying the same rights that should be fundamental and basic to all.”

The Installation in the Window Gallery at the Leslie-Lohman Museum of Gay and Lesbian Art recreates Orquin’s photographs featuring same-sex couples kissing in Italian churches and is on view from the Museum’s street level Window Gallery 24 hours-a-day.

It was the goal Orquin (who was originally from Seville, but residing in Rome now for many years), to expose ‘the bigotry of Italians’, and with the help of friends he photographed the couples in Rome’s beautiful Baroque cathedrals at dawn. The images consciously play with the symbolism of marriage – a right still not afforded gay couples in Italy.

“I am Catholic. I believe in God deeply. I think if you look closely at my pictures no one can find blasphemy or sacrilege. A kiss is a gesture of love, of tenderness between human beings. I wanted to show that if God is love (and this I have learned in church), no one can tell us what kind of love is best. I don’t think my love is different than others’ love.”