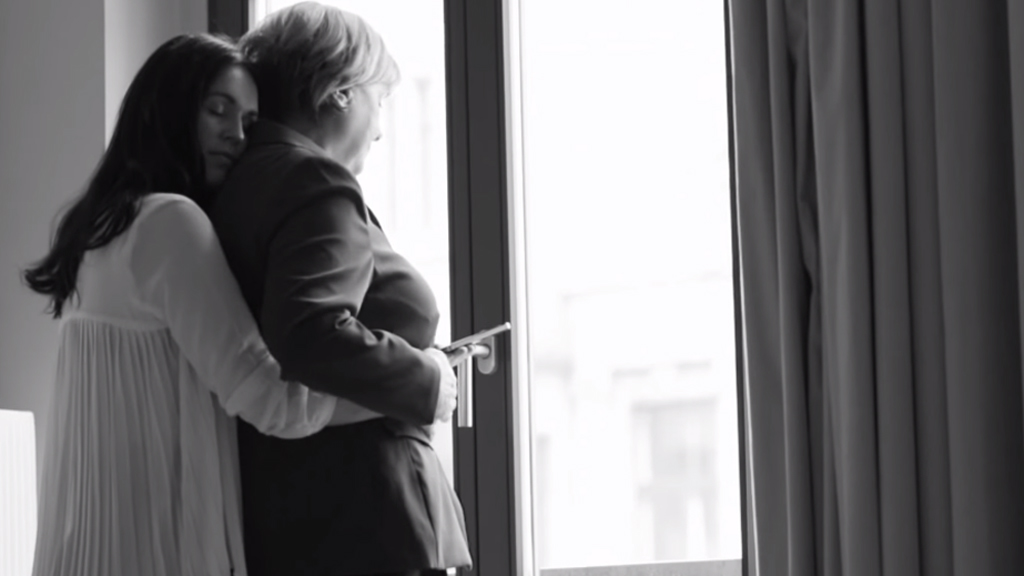 Here’s a gem-of-an-advert for German magazine Straight, starring an Angela Merkel Doppelgänger who – surprise – is actually a lesbian.

As the TV discusses a news report that 62% of Germans are okay with same-sex marriage, she shakes her head as a misdirect. Then her lady comes up form behind for a tender embrace.

According to its publisher, the video has been watched millions of times on Straight magazine’s Twitter and Facebook accounts.

While Merkel has backed equal benefits, such as tax breaks, for gay couples, she has ruled out same-sex marriages in Germany.

In a recent interview with German YouTube star Florian Mundt — AKA LeFloid — Merkel said that she wants to “eliminate all discrimination,” but that for her personally “marriage is the living together of man and woman.” Merkel’s second husband is Joachim Sauer, a professor of theoretical chemistry.

In order to generate attention you need to provoke. We have not received a direct response to our advert from Mrs. Merkel, but we hope that she will change her stance on gay marriages.”

When contacted by NBC News, a government spokesperson said:

We have taken note of the ad, but will not comment.”

The new magazine features the debate over same-sex marriage as one of its main topics. Its first issue appeared on German newsstands Wednesday.

Watch the video below: