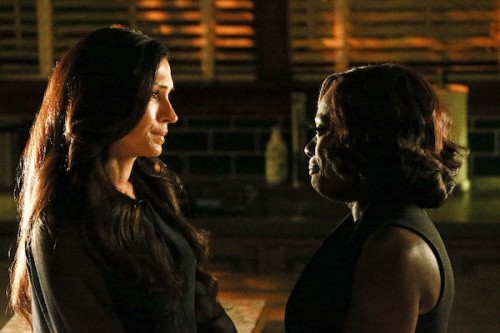 Academy Award winning actor, Viola Davis – who is famed for playing lawyer and professor Annalise Keating in How To Get Away With Murder – has praised treatment Keating’s sexuality in the show.

Talking E! News, she explained that Keating, who was identified as pansexual by show creator Pete Nowalk, has an “interesting” love life.

I love the idea that she’s just searching for love and intimacy and whoever will give it to her.

I love that it’s not coming from a place of damage and being screwed up because I don’t think it’s screwed up.”

She added that it was a “liberating” role to play.

I think it’s an interesting, liberating thought to just seek the person who is seeking you.

It’s kind of an interesting 21st Century element to place in this character.”

Davis goes on to explain that she hopes Keating can act as inspiration for the LGBT+ community.

I’m at a place where I just want to do anything that is different. And anything that I feel is going to touch people in a way. I think a lot of homosexuals and the LGBT community, they’re kind of feeling like they’re on the outside now and I think it’s wonderful to have a character like that to relate to and is not once again coming from a place of damage but coming from a place of seeking, of really wanting to be loved and love.”

Speaking at GLAAD, Nowalk said that he was “lucky” because his characters are bad.

I got really lucky in not having to make my characters perfect.

Because they’re all bad people. You don’t necessarily have to make them do things that aren’t real.

Viola’s character—we’ve never said, but I think she’s pansexual. She gets to just be bad in all the best ways.

In that way, it’s very liberating to write any LGBTQ character on the show.”

Tags: How To Get Away With Murder, Sexuality, Viola Davis
Share: