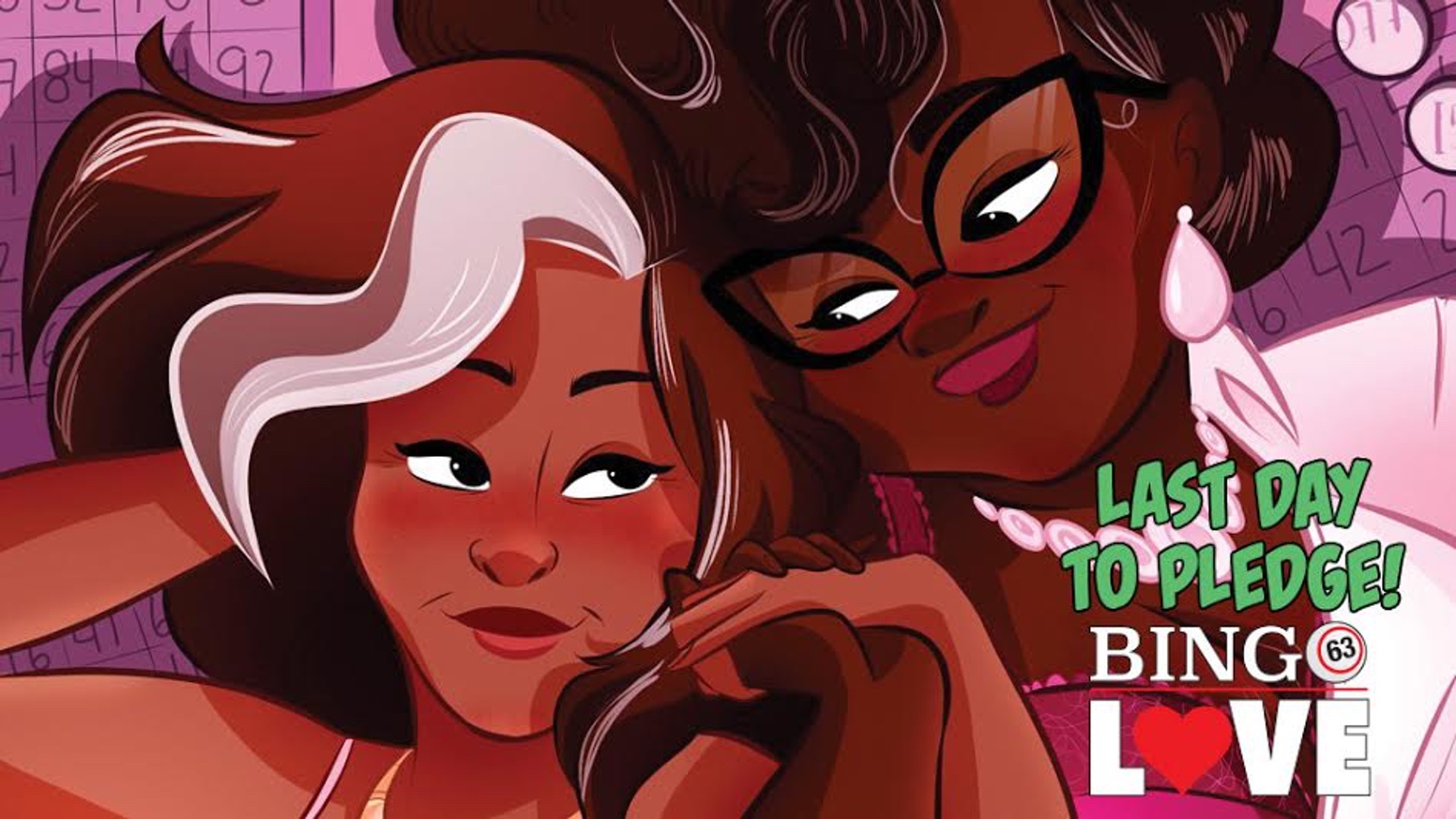 Roxane Gay and Ta-Nehisi Coates are concocting black superheroes for Marvel. Meanwhile, America Chavez is taking center stage, catching the eye of openly queer actors of color such as Gina Rodriguez. The current Ms. Marvel, Kamala Khan, is a fierce Muslim girl in a hijab, and I’m putting my money on Saffiyah Khan for the movie role – she made headlines for the viral photo of her staring calmly at a furious Neo-Nazi.

But not all diverse comics get the fame or the funding of powerful imprints like Marvel. Some comics have to start from nothing in order to make something beautiful. Meet Bingo Love.

Bingo Love follows the romance of two teenagers, Hazel Johnson and Mari McCrary, who fall in love at a bingo hall in 1963. Their families tear apart the relationship as soon as it begins, and both Hazel and Mari find themselves married to men. It takes decades before both women find the strength to divorce their husbands and rekindle their love for each other. But they do it, and they live happily ever after.

Bingo Love was written by Tee Franklin, a writer who is queer, black and disabled. The story stems from her personal experiences. She remained closeted for most of her life, and even married a man and had three children.

Only when she came out of the closet did she find true peace.

I definitely understand that there are black LGBTQ people out there like Hazel and Mari who feel that they have to hide their true selves from the worl.”

To fund the project, she turned to Kickstarter, inspired by black female filmmaker Ava DuVernay’s mandate for female creators to make their own projects without asking for permission from the mainstream. Within 5 days, Tee made her goal of $19,999. As of April 2017, nearly 1,500 backers have raised over $44,000.

The 80-page comic will be out by the end of this 2017. Pre-order your copy at the official Kickstarter page.