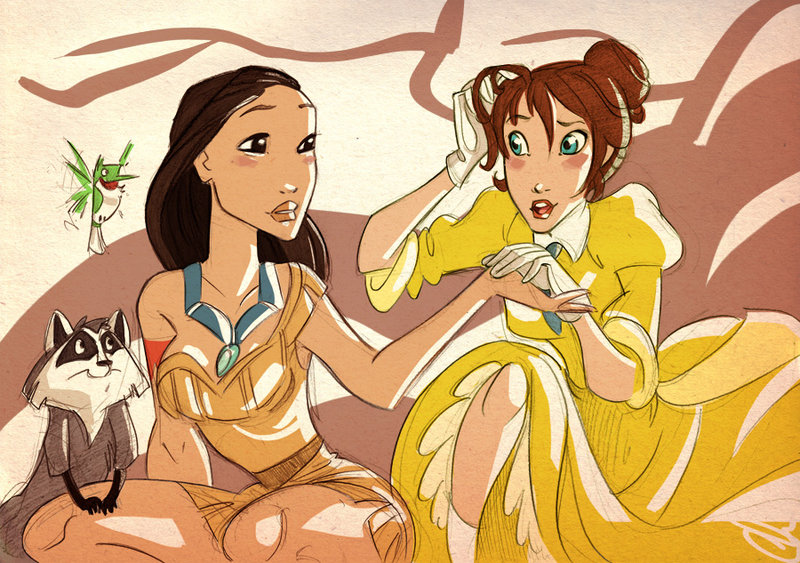 Let me start by saying, I love Disney movies. As a kid, I was particularly enamored with Princess Jasmine (from Aladdin) and she was probably my first “celebrity crush”, if it can count as such. I’m sure you had one as a child, too. Disney movies lay the foundation for most of our childhoods and this translates into what an ideal relationship in the future will be like.

Of course, the relationships of a fairy tale movie aren’t really “genuine”; you’re probably not going to fall in love with the prince and live happily ever after. Even with the gender-swapped reimagining that has been done over the last few years, we understand that fantasy is just fantasy.

But what if it wasn’t?

Here is our rundown of how you’d get the girl if you were only following Disney’s relationship advice:

Introduce her to your family (Tarzan)

In Tarzan, Jane has very little romantic interest in Tarzan until he brings her to meet his crazy (gorilla) family. In the real world, we often wait to introduce our ladies to our family until after they’ve decided they like us – and sometimes, if we’re not out, not even then!

Lock her up and buy her gifts (Beauty and the Beast)

Beauty and the Beast is one of the most romantic Disney movies that exists – but it’s almost like a child’s version of a Criminal Minds episode. Sure, she loves him in the end and that helps to transform him into a handsome prince – but what did he really do to earn her love in the beginning? All the real work was done by everyone else!

Forget who she is after an incredible night together (Cinderella)

Something that has always puzzled me is how can someone (ahem, Prince Charming) claim to love someone but not have any idea who they are – and have to “check” every girl in the kingdom to find his “true love”? I think he just had a foot fetish and wanted to get it out of his system before settling down and marrying her.

Okay, as I previously mentioned, Princess Jasmine was my favorite. But even though the lies Aladdin told to win her over were things that shouldn’t have mattered anyway, why did he lie in the first place? If you intend to love someone, you should be starting with a foundation of honesty – which he didn’t. (P.S. Princess Jasmine, you’re still welcome to come cuddle with me, any time.)

This almost goes hand-in-hand with the Cinderella thing. In The Little Mermaid, Prince Eric forgets almost everything about Ariel. He’s not in love with her, he’s in love with her voice. Therefore, when she doesn’t have that voice anymore, he almost screws the whole thing up and gets with her mortal enemy! Call me crazy, but this is why “love at first sight” isn’t a realistic expectation.

Run away from home and neglect your responsibilities (The Lion King)

When things get difficult, it’s in our human nature to want to run away. Most of us don’t actually do this, because we know it’s wrong – but Simba did it in the Lion King, and when Nala finds him again, she’s suddenly in love with him, despite knowing that he’s been playing hooky for the past few years. In my own life, I don’t find a lack of priorities sexy – in fact, I’m probably not going to be with someone who doesn’t do what they need to do.

Lets discover – The Holy Grail of Questions – Which Disney Princess Are You?