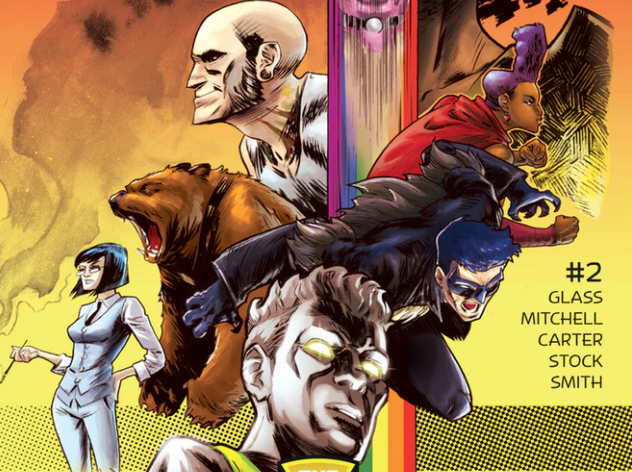 FabMan is tired of being laughed at.

As an openly gay superhero, he is ready to be taken seriously despite (or maybe because of!) his bubble gum pink tights and billowing rainbow cape.

Sure, there are hundreds of other superheroes flying around, so he’s not exactly the city’s only savior, but he doesn’t want to be the joke of the news any longer.

Because of that, he forms PRIDE, “the LGBTQ premiere LGBTQ super group,” and waits for the applause to roll in. It doesn’t. If anything, the city turns against gay superheroes even more, and the very conservative Justice Division leads an aggressive charge against the diverse group. The nefarious Reverend will squash the group and take over the entire world – the straight superheroes don’t take Reverend seriously, but PRIDE knows that they are the world’s only hope against his evil plan. 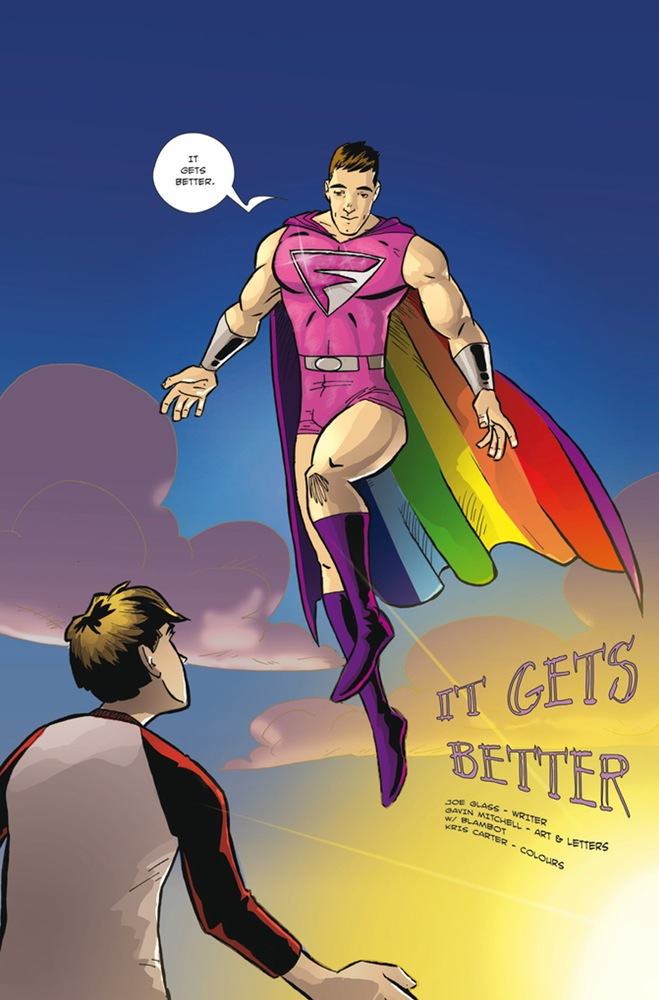 Joe Glass’ new comic series The Pride is making waves and selling out all over the world, specifically in Israel, where all of the copies sold out in one day.

Glass’ inspiration came from his experiences reading comic books as a child and finding no overtly queer characters. Diversity and queer identities were hinted at through metaphor in comics such as X-Men, but Glass was tired of queer subtext and wanted a comic that proudly addressed aspects of being LGBTQ.

He faced a decision: He could try to create nuanced characters whose identities included but did not center around being LGBTQ. Or he could create cardboard stereotypes that satirized the stereotypes prevalent in mainstream television. 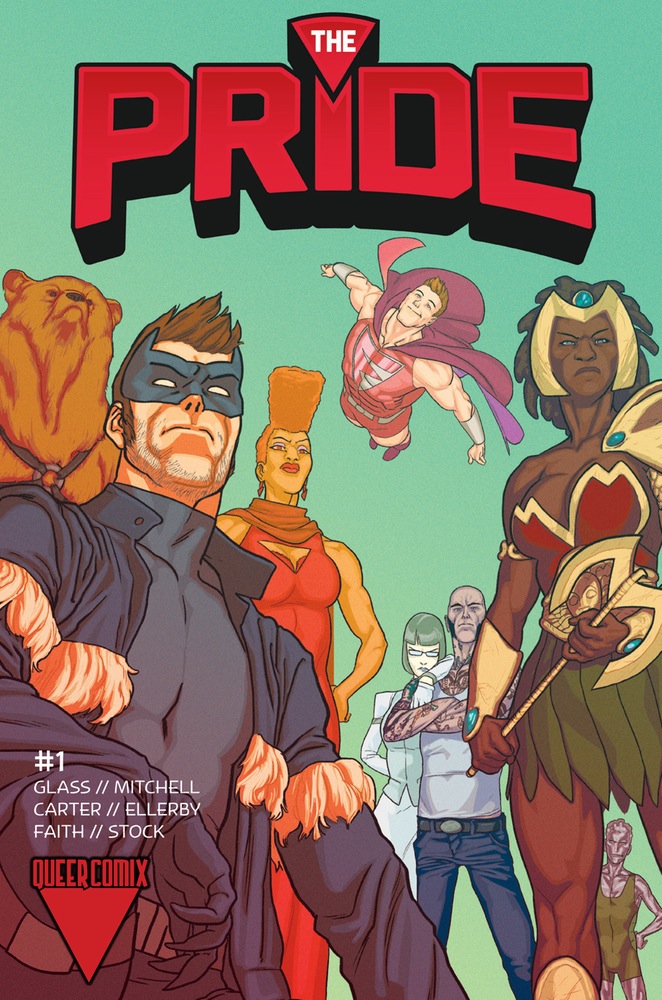 Glass combined both options. His characters are stereotypes, and happily, even satirically so. But somehow he imbues these stereotypes with depth and complexity that is extremely rare for queer characters in comic books. He humanizes the stereotypes.

In addition to ringleader FabMan, PRIDE includes large lesbian Muscle Mary, hairy The Bear, and a host of other characters:

gay characters, bi characters, characters who prefer to define as queer rather than be limited by any particular ‘box’, trans characters, pansexual characters, a straight character with a queer parent, and more.”

To get your hands on a copy before the rest sell-out, head over to Big Cartel.