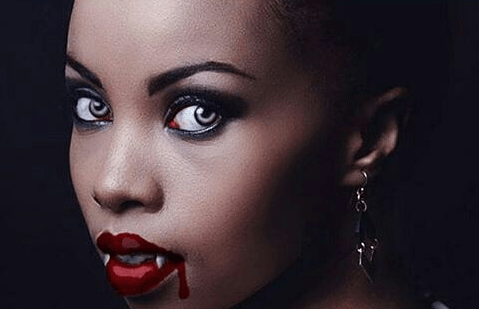 The most powerful vampires in the world aren’t the pale, glittering blood suckers of Twilight and True Blood. They’re the feminist vampires of color that take center stage in The Gilda Stories, a radical eco-conscious, sex-positive and critically acclaimed novel that has resculpted the literary landscape.

Forget everything you know about vampires and how sparkly they are. Gilda opens in Louisiana in the 1850s.

The titular character is a slave on the run from an oppressive and particularly nasty slave master (is there any other type of slave master?). As a vampire, she learns to harness her powers, not for “good” or for “evil,” but for mutual exchange.

In The Gilda Stories, vampires don’t drink blood by feeding on unwilling victims and discarding the bodies. In this feminist mythology, vampires drink only with consent and leave their donors with “enriched dreams and a sense of well-being,” according to a glowing review by AfterEllen.

These vampires define themselves not by their dark desires but by their code of ethics. These ethics include mutual exchange, the right to life and self-determination, and measured self-control. The vampires never take more than they need, they always give back more than they take, and they remain in tune with the natural environment around them.

As a lesbian feminist, everything I write comes from that perspective, so I work extra hard to make sure that my work doesn’t come across as exploitative, and to create characters that live up to the values that are core to me.”

Gomez also includes lessons that she learned from her great-grandmother, who was a Native American. Over the span of two centuries, Gilda learns that in order to live, to really live, she has to rely on her connection with others more than her vampiric powers.She also learns to stand against capitalism; the story continues into the 1950s, where the slave owners have turned into

She also learns to stand against capitalism; the story continues into the 1950s, where the slave owners have turned into corrupt elite. This book is a meditation from beginning to end.

Pick up your copy here.