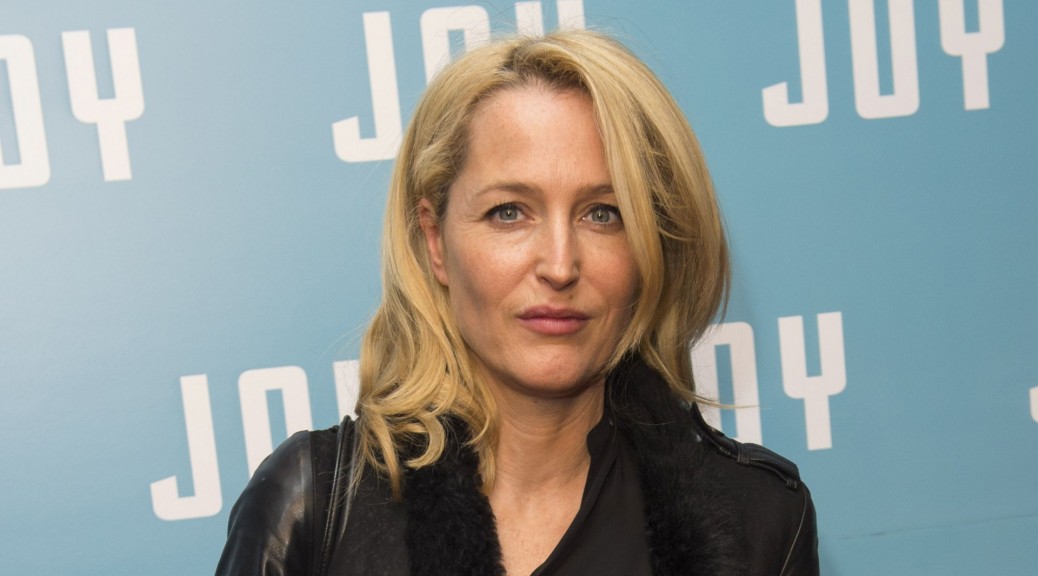 Anderson – who came out as bisexual in 2012 – is currently in a relationship with ‘The Crown’ creator Peter Morgan, but admitted she is only ”part long-term” in their romance.

Speaking to The Times magazine, she the actress said:

”I could be with a woman next year! Part of me looks long-term. As long as there’s always a back door.”

And speaking about her bisexuality, she insisted she doesn’t care what other people think.

”It’s just who I am. I have absolutely no issue with it whatsoever, and I don’t really care if other people have an issue with it. We’re all intersectional, and that is something that is only just beginning to become accepted or embraced. We’re all complicated beings. That is my truth and that is my experience.”

However, Anderson insisted she is currently very happy in her relationship with Peter and loves that they work in the same industry.

”I’m constantly grateful for the symbiosis because I haven’t had that experience before.”

Anderson recently confirmed she is quitting ‘The X-Files’.

The actress had previously hinted that the current 11th season of the sci-fi drama – in which she has starred as FBI agent Dana Scully since 1993 – would be her last in the role, and during a panel at the 2018 Winter TCA Tour last month, she confirmed her decision.

“It’s time for me to hang up Scully’s hat. It just is. I’m finished and that’s the end of that.”

Anderson also admitted she had originally only agreed to return for the six-episode revival of the show in 2017, but said she is ”hugely grateful” for the opportunity to have played the iconic character for over two decades.

“I arrived at the decision before we did the previous six, but I was really curious. I felt that the previous six was going to be it. It was dipping our toe back in again … and getting to play these wonderful characters again. I think as [series creator] Chris [Carter] has said himself that short stack of episodes felt like we were leaning how to walk again and that this season of 10 feels like the pace is up and we’re running. I wouldn’t necessarily have been happy if those six were how we said goodbye.

There’s lots of things that I want to do in my life and in my career and it’s been an extraordinary opportunity and extraordinary character and I am hugely grateful.”