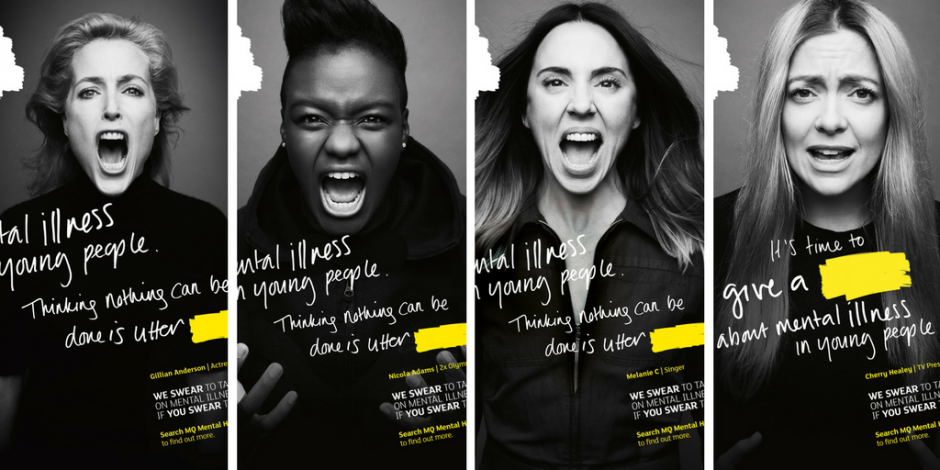 Mental health research charity MQ has teamed up with Channel 4 and launched a star-studded campaign featuring actor Gillian Anderson and boxer Nicola Adams to encourage people to give a **** about mental health.

The powerful spot illustrates how the power of science and the collective will of society has proved the impossible can be made possible, however daunting the task.

Created by Pablo, the campaign looks to challenge perceptions of mental illness, moving from simple awareness and understanding to striving to find new and innovative solutions to the problem.

Anderson and Adams, as well as Melanie C and TV presenters Julia Bradbury and Cherry Healey, star in the accompanying print, outdoor and digital campaign shot by Matt Holyoak.

The dramatic black and white photos are accompanied by the text,

Mental illness in young people. Thinking nothing can be done is utter ****”.

The campaign will be extended next week when MQ will encourage people to support the initiative by creating their own version of the posters and share them on social media with the hashtag #WeSwear.