‘Girls Just Don’t Do That’ Is Your Next Guilty Pleasure 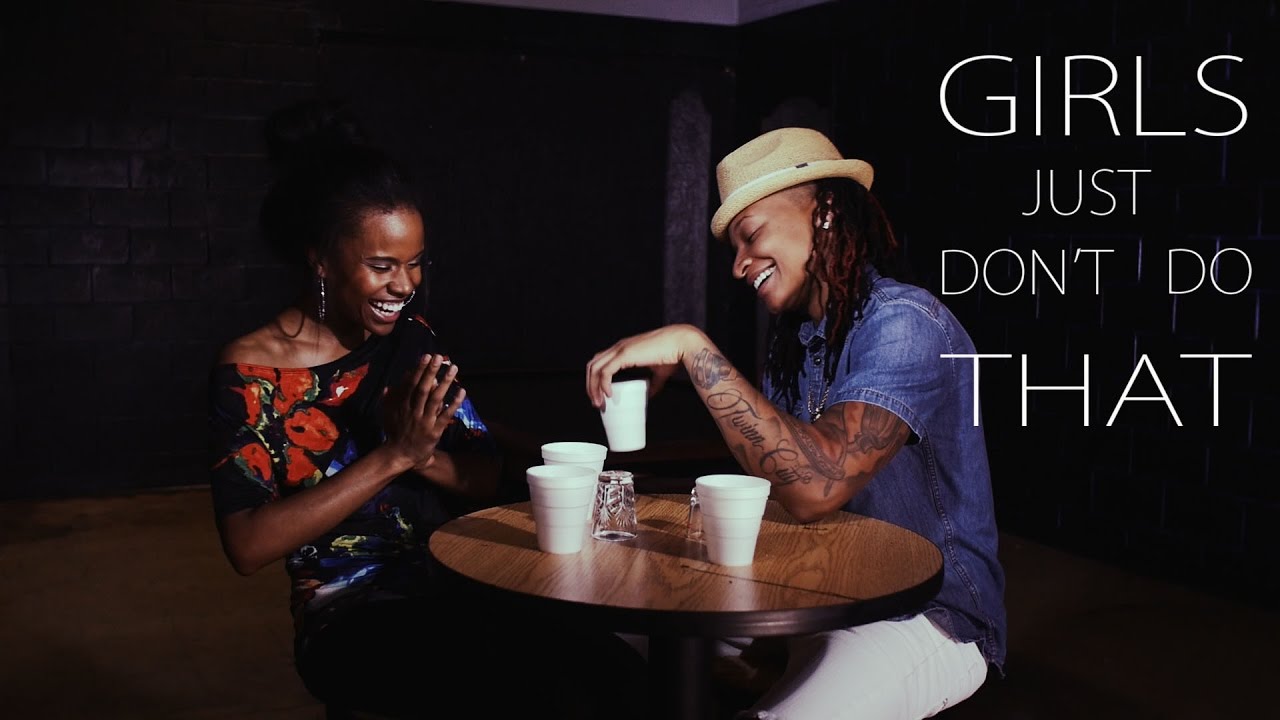 I love watching highbrow fantasies like Game of Thrones, but sometimes I just want a big bowl of popcorn and some melodramatic lesbian television. Girls Don’t Do That is the perfect midnight indulgence.

Based off a popular novel of the same name, Girls Don’t Do That is a new webseries about lesbians in Atlanta:

These women are navigating life on a college campus in Atlanta, trying to survive love, relationships and life. Some people think that girls are the sweetest and they’d never do that. Yes, they do…only better!”

This show is a wild, steamy ride from start to finish. The first episode begins with several interconnected sex scenes that leave the girls – and the viewer – out of breath.

The show has several lighthearted moments, like when one girl knees her ex between the legs because he was hitting on her, or when sorority drama boils to the surface before a big step show.

But Girls Don’t Do That went to a much darker place than expected, most notably with Shavonne and her abusive girlfriend Tracy.

When Tracy proposes, Shavonne is forced to untangle the knot of fear, love, apprehension and excitement in her chest in order to decide what she wants for herself.

Meanwhile, her friends wonder how much to involve themselves and how much to let Shavonne work the issue out for herself – this show will ring true to anyone who’s struggled to help a friend in an abusive relationship.

Girls Just Don’t Do That speaks to the representation of queer women of color in media – created by queer women and for queer women, it doesn’t fetishize their bodies but amplifies their stories.

The strong female characters take control of their own sexuality. One girl tells a man who gives her unwanted advances, “I [have sex] on my schedule, not yours. And unfortunately you don’t fit into that.”

No one is mindlessly chasing after men, and by the end of the first episode even Shavonne is learning to stand up to her abuser.

Furthermore, the show features more than one type of lesbian – some are feminine, some are masculine, and some straddle the line. There are thin lesbians, there are heavyset lesbians, and there are several girls who don’t know their orientation.

Girls Just Don’t Do That isn’t perfect by any means. The sound in one scene is off, making it hard to decipher the banter of sorority girls, and some scenes dragged with no clear connection to the plot – but overall, the show is hilarious, provocative and honest. Only two episodes are out so far, and the fanbase is growing every day.

Watch it for free here.