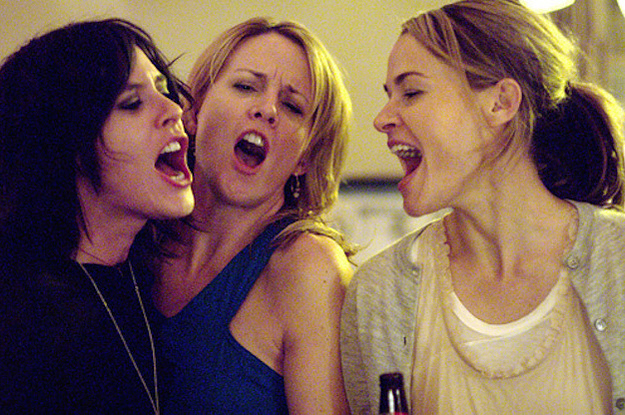 Friends hold an entirely unique place in the social hierarchy. Unlike our coworkers, our family members, or our classmates, we’re entirely in control of who gets a position. There’s no formal structure for how often you need to talk, or how long you have to know each other first, or anything – they’re entirely subject to choices and circumstances.

Since friendships are entirely voluntary, they’re easy to put on the back burner when other, more important commitments come up. We have to work. We have to spend time with our family. We have to pay attention to our partner. Our friends, on the other hand, will understand if we’re not there. Their circumstances change over time, too, and they know we’re thinking about them.

Quite simply put, we neglect them because we can. And it feels pretty messed up to put it like that.

Friendships are vital to your happiness, according to an overwhelming number of studies.

Like, for example, this study on how to be happy. Or this study on the source of youth happiness. Even this Time article about happiness points to “spending time with friends” as being the key to true happiness. They’re also good for heart health and depression, and although having friends isn’t a cure or an alternative to medical treatment, it can increase your chances of getting through the rough times.

Yet, still, we put them on the back burner.

Our expectations for our friends stay mostly the same.

According to William Rawlins, the Stocker Professor of Interpersonal Communication at Ohio University, all friendships demand the same three key elements. You want your friends to be someone you can talk to, someone you can depend on, and someone whose company you can enjoy. In most cases, “someone you can spend time with” isn’t considered a necessary quantifier. “The expectations remain the same, but the circumstances under which they’re accomplished change.”

Basically, this means that your life is going to change, and your friendships are probably going to change, too, but you’re still going to want the same basic things – no matter where in life you are.

Young adulthood is the best time to form friendships.

Not only are young adults more secure in themselves, but they’ve also got the most time for social interaction, on average (especially for young adults who go to college). There are less responsibilities than there were in high school, and still less than there will be after college. Since they’re finally aware of what their core values may be, they’re more likely to seek out friendships with people who share those values.

Likewise, the relationships get more complex and meaningful, as our friends are there to help us discover those things that matter to us. We’ve stopped trying to impress each other, and instead we’re focused on the person we can be. Statistically speaking, from the age of 20-24 years old, people will spend more time with their friends than at any other point in their lives. Our friends during this time will help us figure out who we really are – a desire that’s only deepened since graduation.

Then, at some point in our 20s, we develop a desire for freedom.

According to Rawlins, we start to develop a dual-edged desire for freedom. We want the freedom to be independent of our friends, our family, and our romantic partners. Yet, at the same time, we want freedom to lean on them when we need to. We move away from the people who mean so much to us, and then we try to keep the relationship alive across the distance (whether that relationship was romantic or platonic).

It may be the first time you live alone, and you need to get a “real job” to help pay for it. You can’t get by with part-time anymore. You tell your good friends about this new opportunity, and you wait for them to bless the opportunity, in a way.

“She’s essentially saying, ‘You’re free to go. Go there, do that, but if you need me I’ll be here for you,’” Rawlins explains. This is what we’re waiting for, every time – that permission to move on with our lives, without any hard feelings. Sometimes, it’s simply implied – we don’t have to ask our best friend for everything. After a while, we stop asking at all.

It gets easier to put off our friends.

In the second half of your 20s, and for a few decades after that, our friendships become a lot less of a priority. Work and family take a priority, and our friendships and personal hobbies start to fade into the background. The largest dropping-off period in your entire life happens right after you get married – isn’t that sad?

We no longer have time to spend with the “optional” people in our lives, because we’re too busy with the things that are “mandatory”. If a friend doesn’t happen to fall within our day-to-day routine, chances are slim that we’ll keep nurturing that friendship. However, our friendships with the other parents at our kids’ school, our coworkers, and that girl you run into at the coffee shop every week stay just a bit stronger, because we get to see these people on a more regular basis.

There are different types of friends.

When it comes to making friends, there are generally three different types of people, says Rawlins. Independent people, by nature, make friends easily throughout their day-to-day lives. They don’t have as many deep connections, but they are able to make a friendly acquaintance anytime they go places. They are usually outgoing.

Discerning people, on the other hand, don’t make friends as easily as independent people – but they form a much stronger bond with the friends they do make. They form long-term friendships that last well into adulthood, and they’d rather keep in touch with those friends than go out of their way to make new ones. Their bond is so strong that, if something were to happen to one of those long-term friendships, their social outlook would be devastated.

Rawlins says that the most flexible type of people are acquisitive. These people are able to keep in touch with their old friends, while also being able to make new friends. They may lean more one way or the other, but they tend to have more friends overall.

There are also different types of friendships, according to Rawlins. He says that a friendship can be defined as either active, dormant, or commemorative. Try to take a look at your personal friends list (not necessarily the one you keep on social media) and see which you can identify:

According to Rawlins, those commemorative friendships tend to be the people we add on social media, even though we really don’t care how their life is going. We have our mental image of them, and their social media posts showing that they’re someone else now “dilutes the magic” of their memory.

They’ve changed, and the person they are now is in competition with your mental association with them. Rawlins says that these friendships are best to let go of, because the basis of the friendship has already gone – at this point, you’re really just keeping tabs on one another.

For the dormant friendships, it lets us “be there for each other” without actually being there. We feel as if we’re just a few clicks away, and at a moment’s notice, we can exchange a few stories and build our relationships. Friendships based on storytelling aren’t necessarily bad, either – but they are a different type of friendship than those built on shared experiences.

Social media lets us distribute our attention evenly to all three types of friendships, as we interact with each other. Suddenly, the girl you took 7th grade Spanish class with, your ex-girlfriend, and your lifelong BFF all get the same amount of attention, and the same amount of insight into your life.

Since we’re “broadcasting” and “interacting”, instead of “sharing” and “listening,” it’s hard to maintain a satisfying relationship with just an online presence. We resist the human urge to get to know each other better, because we feel that everything we need to know is laid out right in front of us. We start to let go.

We stop relying on each other so much.

As time goes on, your longer-term friendships don’t need as much nurturing, because they’re already well-developed. We don’t need our friends as much, because we have other people in our lives who fill the voids. We have relaxed expectations from our friends, because we know that they’re still there for us, no matter what. The relationship takes a new turn as it becomes deeper than it was before.

Almost like magic, our friendships are now based on mutual understanding and agreement. You know that you’re there for each other in every way you can be – you don’t feel the need to say it. Your time spent together is great, but it’s more important to find a way to be there for each other that works for you.

(And, thankfully, it all balances out in the end. The friendships that last until you’re in retirement will be rewarded with all sorts of new time to spend together – and so many stories to catch up on!)