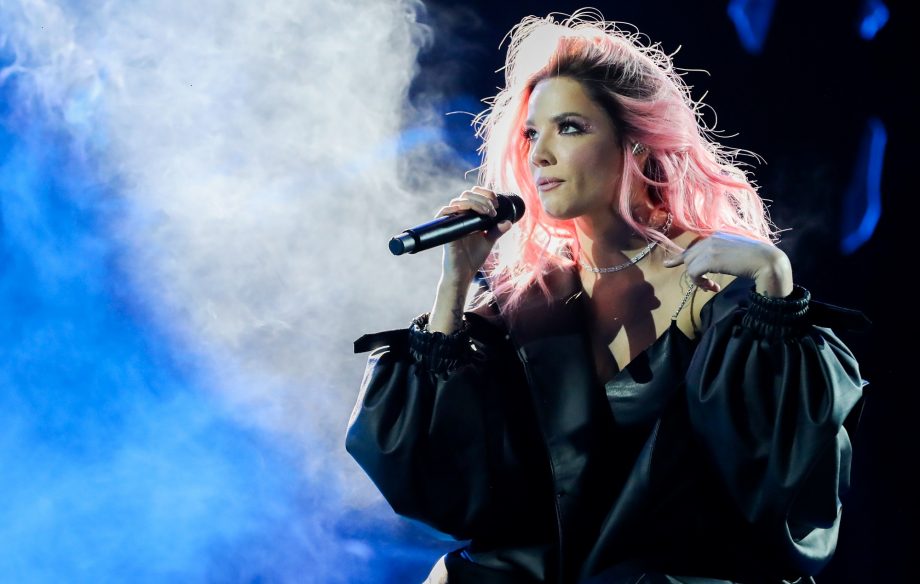 Halsey has hit back after someone accused her of using the LGBTQ community as a marketing strategy.

The singer posted a photo from one of her shows in São Paolo, Brazil, to her Instagram on July 6, captioned “peak bi gurl evolution.”

The first photo showed her standing on stage, singing, the second showed her doing the same, except with a rainbow Pride flag.

Halsey – who is bisexual, has been out as bisexual, and everyone who pays even a smidge of attention would know she’s bisexual – was having none of it, commented back,

“There’s been a flag in my show for 5 years. You’re just not paying attention you whiny little baby.” Oof, tell ’em, Hal! The singer’s fans couldn’t get enough of this clapback.

Halsey, who came out in 2015, has repeatedly spoken out about the stigma bisexuals face both from the heteros and from within their own LGBTQ community.

“So if I’m dating a guy I’m straight, and if I date a woman, I’m a lesbian. The only way to be a #True bisexual is to date 2 people at once.”

She also has continuously portrayed same-sex relationships in her music, videos, and choreographed live performances.