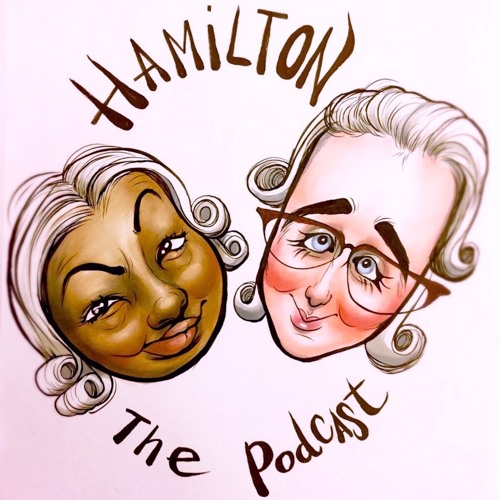 With powerhouse shows like Fun Home and Hedwig and the Angry Inch, Broadway has become a place to express queer sexuality and explore gender identity.

Instead of analyzing a queer show like Rent, lesbian comedian Brittani Nichols and her friend Khahlehla Rixon have applied their queer female lens to a different show. They’ve created Hamilton: The Podcast, which is about – three guesses – the groundbreaking hip-hop musical Hamilton.

Even if you haven’t seen Hamilton (and who has? tickets are sold out for the next couple of years) you’ll enjoy these ladies’ track-by-track rundown of the musical. For each song, they discuss the historical context behind it, the musical arrangement, the lyrics and the story as a whole. Except they’re hilarious. And gay. And will have you laughing in your chair about things you’ve never thought about before, like the 19th century US Treasury.

Even if you hate musicals with a fiery passion, there’s a high chance you’ll fall in love with their analysis of Hamilton. Especially since they also haven’t seen Hamilton, and mostly just guess what it’s like.

Their analysis will also have you reflecting on queer questions you’ve never thought about before. Which Schuyler sister was the most attractive? Did Aaron and Burr have sexual tension? How likely was it that Alexander Hamilton had a crush on John Laurens? Was Lafeyette as queer as his name sounds?

They just finished going through the whole musical, so you have 50+ hours of podcast material to catch up on; it’s perfect for long trips or study sessions.

What’s next for the duo? One can only hope that they interview Hamilton’s queer cast members, such as Ariana DeBose, who played the most important role in the show: the bullet.