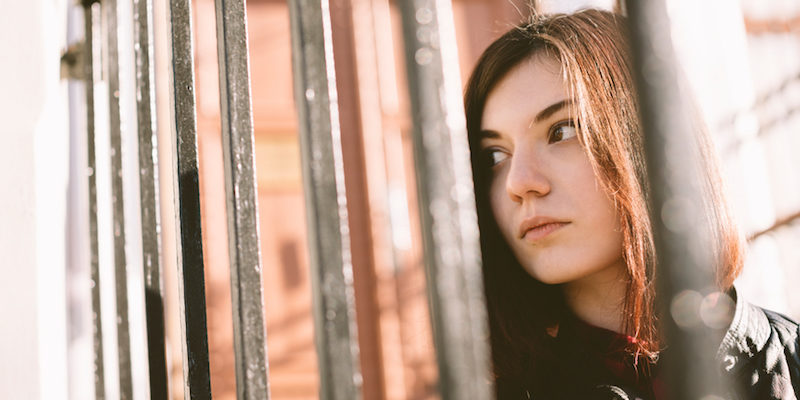 Everyone is entitled to their fair share of “bad decisions” in life and in love – but what can you do if someone you care about is wrapped up in her bad decisions?

We’ve all been there: Stuck on some woman who’s totally wrong for us, and everyone can see it but us. Our friends probably voice their disapproval of our girlfriend, and we just nudge their concern to the side because, after all, we love her.

The situation looks entirely different from the other side. Being the person brushed off can be frustrating. We suddenly see meaning in the old saying “love is blind” – because we can’t think of any other possible reason our best friend would be so hung up on someone who’s so wrong for her!

How much do you really care about your friend’s happiness?

Sometimes your friend may see a part of the relationship that you can’t see. Other times, you can see things that she can’t. In both situations, it’s important to know that you don’t always know as much as you think you do.

It’s most important then that you should make yourself available to your friend if she needs you. Don’t offer your (negative) advice unless she specifically asks for it – if she doesn’t want the advice, she’s not going to take it anyway. Don’t waste your time telling her things that will leave you frustrated with her for not listening.

How sure are you that her girlfriend is toxic?

If you have no doubts whatsoever that her partner is bad news – you should definitely bring your findings to her attention. But in most situations, you won’t know the whole story, and you shouldn’t contribute to gossip. Your friend may resent you if you tell her things that aren’t true, even if you told her with the best of intentions.

Things that you can be certain of and therefore should definitely pass along:

Of course, you’ll probably notice one thing that all these situations have in common: They’re unlikely. In most cases, especially if her girlfriend knows that you’re her best friend, she’ll expect you to pass the information along – and therefore she won’t let you see the things she’s doing that she shouldn’t be doing. But if you don’t know for sure, it’s just gossip and hearsay – which can put an unnecessary strain on your friendship.

Are you willing to step up to perform your Best Friend Duties?

Anyone can tell someone that they’re being taken advantage of. I hear it all the time, in fact. But if you’re not able to offer a solution to the problem (when asked), or proof that you’re not just being a hater, you shouldn’t bring it up. Why?

Let’s frame the situation differently. Pretend you’re working at a retail store. One of the employees is terrible – I’m talking no training, no product knowledge, no skill. You tell your manager that this employee is bad for business – but you can’t provide any information as to why, and you don’t offer a way for the employer to fix the problem.

The manager probably isn’t going to pay any attention to your claim.

It’s the same with your best friend’s relationship. If all you have is accusations with no proof or helpful advice, what is she supposed to do with that information? If you’re wrong, it could start a fight between her and her partner (if she listens to you). If you’re right, she may assume that you’re not because you don’t have enough to back it up. Or, in the absolute worst-case-scenario, if her girlfriend is truly using her, abusing her, or taking advantage of the situation – she may not be able to get out of it on her own.

Again I stress that you shouldn’t take action unless your friend wants you to take action, but you have to be ready to step in if you’re needed. Yes, even if your friend ignores your advice until the situation gets out of her control.

I was in a relationship a few years back that everyone could see through but me. Every time someone told me what they had seen, I ignored it – because they didn’t have any proof, only opinions. Thankfully one of my best friends lived next door to me at the time, and when things did go bad (and boy did they go bad!) she was actually right there to help me.

All the friends and family members who told me my ex was a low-life and not worth my time meant little next to the one person who actually proved that my happiness was her concern. Instead of just urging me to break up with her as so many others had done, she instead encouraged the three of us to spend more time altogether.

She’d come see me when my ex was being particularly trying, and she’d speak up on my behalf if my ex got out of line. Of course, this had my ex mad at me – but in time I realized that the fact that my ex blamed me for the actions of someone else was just further proof that she wasn’t the angel I wanted her to be.

Overall, it can be difficult to see someone we care about in pain, even if they’re too stubborn to admit that they’re in pain. This can be especially hard with those who are closest to us, and even more so if they don’t see us as their closest confidant. I say it all the time – no one can make the decisions that affect your relationship for you.

This is even true if the relationship is bad. Bad relationships are a bit like a drug addiction. Even if we know that it’s toxic, that doesn’t always mean we’re ready to give it up. If we give it up before we’re ready, we’re more prone to making bad decisions (such as the numerous times I went back to that same ex before I finally admitted that she wasn’t the one for me).

As her best friend, you need to understand that this addiction will take some time to get over – and you should encourage her to stick to her guns. If she really thinks she can make it work, encourage her to do so. Pick her up when she falls and reassure her that you don’t respect her any less because of it. After all, friends are there to lift you up, not to make you feel worse about your situation. Be the best “Best Friend” you can be, and let her know you have her back.