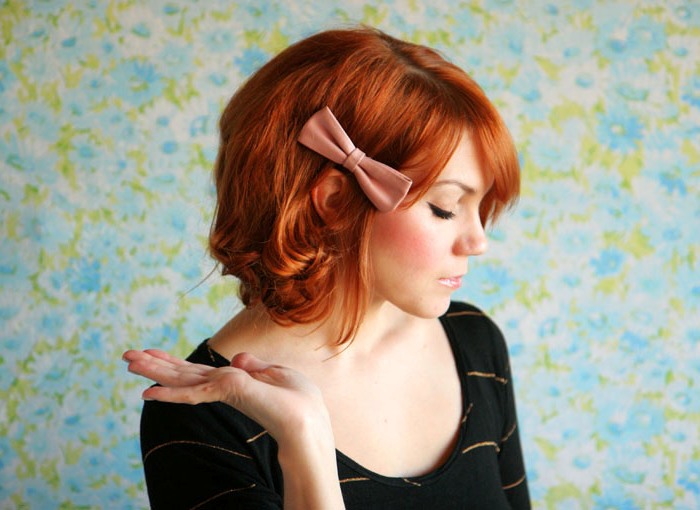 The importance of sex in your relationship is hugely different from couple to couple – and sometimes it’s even hugely different between people in a relationship together. Sometimes, the sex is the catalyst for the relationship as a whole – in that “rare” situation where a one-night-stand turns into the love of your life. Hey, I’m not saying it doesn’t happen – but usually, the sexual compatibility doesn’t come into play until later.

But what happens if your girlfriend is perfect in every way – she’s smart, she’s funny, she’s attractive, she’s successful… But she’s a lousy lover? Thankfully, even if sex is the most important part of your life (which we all know it shouldn’t be, but things happen sometimes) – sex isn’t a gift, it’s a skill.

Are you willing to teach her?

Other times, the woman may be experienced, but no one has spoken up to tell her that she’s lousy. In some cases, this is done out of love – for example, “I didn’t tell you that it didn’t feel good because I thought it would hurt your feelings.” In this scenario, the shock that comes from your confession that she’s not the greatest lover who’s ever touched you will probably hurt more than if her first lover had said it. We can get arrogant about the things we think we’re good at – and finding out that we’re not really so good at them after all can be crushing.

Is she willing to learn?

In these types of scenarios, I often find myself wondering if the woman in question actually likes being with women. After all, one of the most important aspects of a healthy sexual relationship is the desire. Some women may have higher sex drives than others – but if your woman has absolutely no desire for you, it’s going to be hard to work around.

Even those of us who are completely confident in every aspect of our lives will want to feel that the woman we’re with wants us, and wants to make us happy. Sometimes it’s just a fantasy, but in most cases it should be true. If the woman you’re with doesn’t want to make you happy, you can’t force that – and it might be best to let her go.

Are you hard to please?

In my experience, I know that I am incredibly difficult to please in bed. The vast majority of my previous partners were unable to satisfy me. However, that doesn’t necessarily speak to their skill – I tend to get more pleasure from giving than from receiving, so when I am receiving I end up focusing on other things (like my lack of body confidence, or what I have to do afterwards, or any number of things, really). Of course this won’t be the situation for everyone, but if you find yourself difficult to please, it may be beneficial for you to evaluate your expectations.

Even if you are all-but-unresponsive in the bedroom, there are things you can do to make your sexual experiences more satisfying. I don’t think this is a situation where “fake it until you make it” comes into play – faking an orgasm doesn’t help anyone involved. You’re just frustrated because you didn’t really get off, and your partner is either a) hurt that you faked it, or b) proud of herself if she can’t tell it was fake. Neither one of these outcomes is good.

One of the things that works best for me is to have my partner take extra time getting me in the mood. Sure, sometimes she grumbles about the “extra work”, but she knows the more work she puts into the foreplay, the less work she has to put into the actual sexual activities.

My go-to fantasy for making the best of my sexual experience? My partner will give me a massage, followed by a fair amount of teasing (until I’m practically begging for it), and then immediately after I finish, she lets me return the favor to her. Now, most of the time this stays a fantasy, but even thinking about this hypothetical scenario can help me get in the mood – so it’s worth going to.

Is she trying too hard?

Remember when I said that desire was the most important part of a sexual relationship? Well, there’s a catch. If your partner is too focused on your release, rather than the experience, she could be glossing over the important bits that would lead to your pleasure. It doesn’t always have to be about the orgasm! Sex (usually) feels good. Sure, orgasm feels good too – but it’s not the be-all and end-all.

For couples who are trying too hard to make the sexual chemistry happen, there are two approaches you can take. I’ll detail them both and you can decide which will work best in your situation. (I expect a fair mix of the two, but every situation is unique in at least a few ways.)

Option A: Let go of your focus.

The obvious answer if you’re trying too hard is to stop trying so hard. Seems easy enough, right? But the reality is that it’s a little more complicated than that. Sometimes the partner who isn’t performing well may be an over-achiever, and she’s doing everything in her power to ensure her success – which is actually preventing it.

For these women, I suggest that you take the time to re-connect with your partner in other areas of your intimacy. Get in touch with her inner self – fall in love with her all over again! Then you can learn to focus on the things that turn her on instead of the things that get her off. Sometimes, there will be some overlap – but if you’re just going off what you “know”, you’ll never actually improve.

Take a step back from your sex life and do the little things. Hold her hand! Give her a massage! Make out like teenagers! Whatever it takes to get the juices flowing, it shouldn’t be a race to the finish line. Sometimes all it takes is a slow and steady build-up. And if you can learn to prolong the sexual arousal over a few days, rather than a few minutes, your overall satisfaction will skyrocket.

Option B: Seek out someone who’s more in line with your sexual energy.

Sometimes relationships take work – but it should never be all work. If you and your partner truly aren’t compatible, at least one of you will be compromising the things that you need in order to satisfy the other one’s wishes. It’s okay to admit that you aren’t right for each other, even if it’s over something as seemingly trivial as your sex life.

For many women, sex is an important part of the relationship, and a lack of sexual chemistry can be almost physically painful. It seems a bit extreme, but if you’re really not happy, you shouldn’t stay with the person who’s making you unhappy. We all know it, but we may have some trouble convincing ourselves when the time actually comes to make a change.

If you have tried for an extensive period of time to “fix” your sex life, it may be that the other person just isn’t in line with your needs. Considering no two women are exactly alike, it actually makes sense that you’re going to end up with some who aren’t a good fit for you. There’s no rule that says you have to make it work if it’s not working.