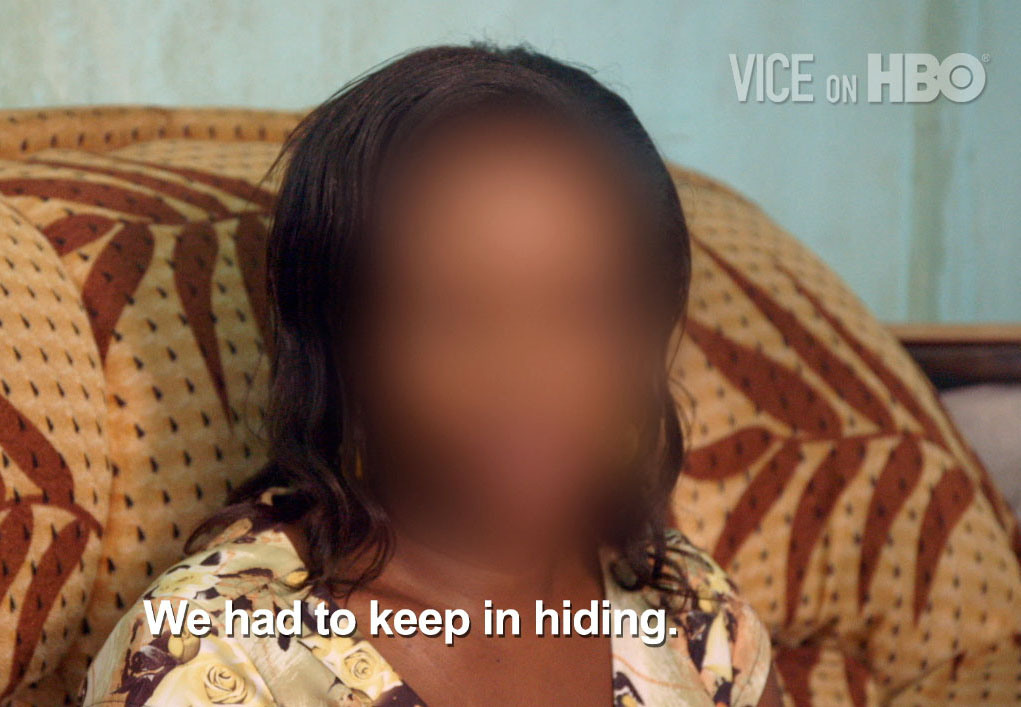 The plight of the LGBT community in Uganda has largely dropped out of the headlines, but in the latest episode of VICE on HBO, correspondent Isobel Yeung travels to Uganda and shows that they’re as persecuted as ever.

Not only does the documentary highlight how churches and schools are lying to children and adults about the “evils” of homosexuality, but that American missionaries and politicians are part of the problem too.

A Prayer for Uganda highlights the teachings of people like Pastor George Oduch, a Christian Fundamentalist who has taken his lead from anti-gay American Pastor Scott Lively.

They attempt to educate Ugandans about how there’s “no difference between a terrorist and a homosexual,” and that homosexuality is just like paedophilia.

The propaganda is so distorted that children are taught that there are ‘10 different cancers that attack only homosexuals’.

Girls are also told that sleeping with another women will lead to lesbian infertility.

If a woman gets homosexuality with another woman, she cannot give birth.”

The young Ugandans repeat what they are lectured in school and in church, but also in their communities, as the adults are even worse.

In one scene, Yeung interviews poor, working class men. The men tell her that the first thing she needs to know about their culture is “we hate is homosexuality.” That is the first thing of which they are proud. Not arts, science, their families, their heritage – not even their perverted interpretation of Christianity.

“We hate that one [homosexuality] completely. If we find a woman with a woman, we will pull out one and we will do it to her.” He’s of course talking about rape. “We cannot allow a woman to have sex with a fellow woman.”

Yeung asks, “Have you ever raped a lesbian?”

Then Yeung asks, “So what would you do if you saw a gay man?”

“Kill! Kill! You kill that one! Kill! I just kill them. Woman and woman we rape, but man and man we kill.”

She wrote later, “I don’t ever recall feeling as heartbroken as the week we spent shooting this.”

Yeung is able to speak with a Ugandan gay woman on camera, although her face is blurred and voice distorted as to not reveal her identity. The woman had a secret girlfriend, but was found out by a group of men who raped her. When she found out she was pregnant soon after, her girlfriend left her. Now she says her child is “a blessing in disguise,” because now people won’t assume she’s a lesbian so quickly. In a heart breaking moment, she shares that she won’t even tell her son she’s gay because she’s worried he will reject her.

Last year, the government of Uganda passed a bill making homosexuality–already a crime–punishable by life imprisonment or even the death penalty. The legislation was overturned, thanks largely to the international fury it provoked, but homosexuality remains illegal and massively stigmatised.

Now, less than a year after the “Anti-Homosexuality Act” (nicknamed the “Kill the Gays” bill in Western media) was struck down, Ugandan officials are working to revive it.