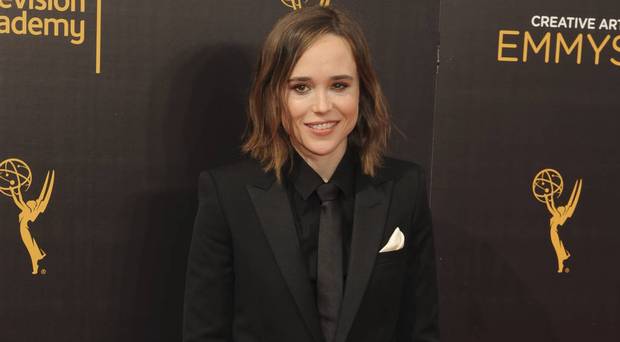 Ellen Page has a reason to celebrate, after it was announced last week that her docuseries, Gaycation earned an Emmy nomination for Outstanding Unstructured reality program.

Not only this, but it’s been announced, the actress was seen kissing her dancer girlfriend, Emma Portner.

Page – who came out in 2014 at the Human Rights Campaign’s “Time to Thrive” conference in Las Vegas – was previously dating artist and surfer, Samantha Thomas.

The couple walked the red carpet for the World Premiere of Freeheld, starring Page and Julianne Moore.

The actress discussed her relationship on The Ellen DeGeneres Show, and later told Entertainment Tonight,

Though the actress was spotted with Thomas earlier this year, it looks like things didn’t end up working out.

However, it seems as though the actress has since moved on. Page has since been spotted kissing the fellow Canadian dancer outside a café in West Hollywood.

So who is Emma Portner. Well she is a Broadway dance centre instructor.

She also appeared in Justin Bieber’s music video for Life Is Worth Living and was a part of his Purpose world tour!

In recent weeks, Portner took to Instagram to support her girlfriend with a caption reading, “Unbelievably proud of @ellenpage, @ianjamesdaniel and the ENTIRE #gaycation team on their Emmy Nomination this morning.”

It has been reported that the couple have been hanging out for a few months now.

The two even collaborated for an acoustic dance cover of Britney Spears’ 2010 song “Lucky Back” last month.

Portner is quite famous on Instagram and has over 36.9k followers. The account is filled with her amazing dance performances.

She also does not shy away from showing her love for Ellen Page on social media. She posted a lot of pictures with the actress, and Page returns the favor, supporting her girlfriend on her own Instagram account.

Portner also has a YouTube channel, where she uploads some of her amazing choreography.