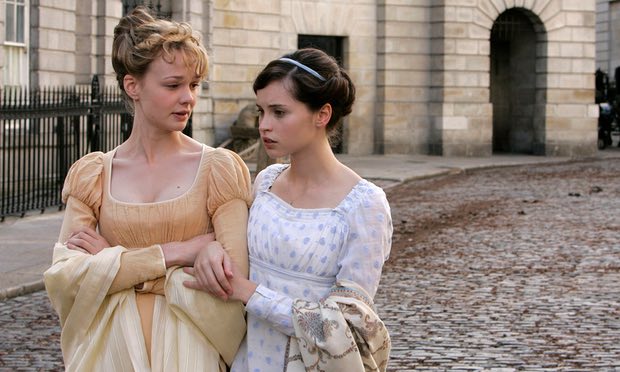 Scandal alert!! A historian and biographer, Lucy Worsley, has revealed Jane Austen never married, and, the only sex she would have had was with a woman.

Writing in her new book Jane Austen at Home: A Biography, Worsley explains “people often long to know if the eternal spinster Jane Austen ever had sex with a man.

“The answer,” she concludes, “is almost certainly not.”

Worsley that this came down to class, as Austen occupied a “tricky position in society.”

For a female member of the gentry, or pseudo-gentry, a pregnancy outside marriage would have been world shattering.”

Austen received her sole marriage proposal in 1802, from long-time family friend Harris Bigg-Wither, which she accepted – before changing her mind the next day.

12 years later, she wrote to her niece Fanny Knight with the advice that “anything is to be preferred or endured rather than marrying without affection”.

Apparently Austen took her own advice to heart, but that didn’t necessarily mean she never had sex.

Worsley writes that when it came to lesbian sex, “the stakes would have been much lower.

Yes, it was frowned on by society. But this was an age where women very often shared beds, and Jane herself frequently records sleeping with a female friend.”

The historian adds that

people were much less worried about lesbian sex in general. It wasn’t pursued in the law courts, or policed against by the matrons of polite society.

This was not least because many of them didn’t quite believe that it was even possible. So that door of possibility may remain ajar.”

And to those readers who may think Austen too “prissy” or repressed to engage in lesbian sex, Worsley has a few words of warning not to leap to conclusions.

[Austen] knew more than many people realise about what was considered at the time to be deviant sex.”

While her works “often exist in readers’ imaginations in a strait-laced Victorian setting,” in reality, Worsley says, “Jane was a writer of the late Georgian period, a much bawdier age.”