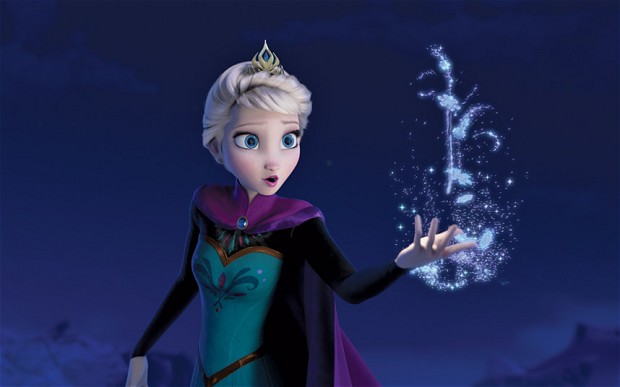 If I was the Devil what would I do to really foul up an entire social system and do something really, really, really evil to 5- and 6- and 7-year-olds in Christian families around America?… I would buy Disney.”

Ok, so how is Disney causing so much damage? Well, according to Swanson, Disney is “one of the most pro-homosexual organizations in the country.”

At the top of his list of overwhelming evidence is the movie Frozen.

While he didn’t give specifics, he did talk at length about how terrible it is that parents took their kids to see a movie without knowing they would turn into Evil Gays afterward.

I wonder if people are thinking: ‘You know I think this cute little movie is going to indoctrinate my 5-year-old to be a lesbian or treat homosexuality or bestiality in a light sort of way.’ I wonder if the average parent going to see Frozen is thinking that way.

I wonder if they are just walking in and saying, “Yeah, let’s get my five-year-old and seven-year-old indoctrinated early.” You know they’re not, I think for the most part they’re oblivious. Maybe they do pick up on pieces of it but they just don’t get up and walk out.”

Next week Swanson will be hosting a National Religious Liberties Conference in Iowa, where three (yes three) presidential candidates will be speaking: Ted Cruz, Bobby Jindal, and Mike Huckabee. Hurrah!